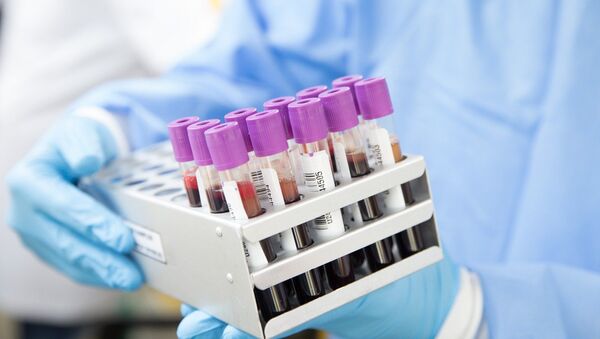 The powers that be in Westminster are discussing whether or not the UK’s Coronavirus lockdown should be extended.

The meeting, which will be held online, is set to be hosted by British Foreign Secretary Dominic Raab, who is deputising for Prime Minister Boris Johnson, who remains hospitalised after his coronavirus symptoms worsened earlier this week.

But just how long will the UK’s Coronavirus lockdown last for? And could Britain end up being the worst affected country in Europe by the pandemic?

Dr Jeremy Rossman, Honorary Senior Lecturer in Virology and President of Research in Aid Networks at the University of Kent, shares his views on the matter.

Sputnik: Could the UK end up being the worst affected country in Europe by the coronavirus?

Dr Jeremy Rossman: Unfortunately at this point of time it’s just too early to say. I have looked at the recent predictions compared to the UK predictions, and unfortunately at the point, the UK is at in the outbreak, it’s still at a very early stage in the increase of cases and deaths, and because of that, we are not able to have a high degree of accuracy of what the long-term prediction is.

There’s a huge amount of variability for either of the prediction models that have largely been used, and I do think that the University of Washington model s based more on current increasing rates of fatalities, instead of the increasing rates of cases.

Case numbers are actually starting to go down for daily numbers of cases, so it seems a little bit high, but it’s really too early to say whether that is accurate.

Sputnik: Could the coronavirus mutate?

Dr Jeremy Rossman: This is a big worry, and I’m not exactly sure how likely this is to occur, because coronaviruses are RNA viruses, and viruses that have RNA for their genome tend to mutate very rapidly, this is like the flu and it is the reason that we need a new flu jab every year.

Coronaviruses contain a specific mechanism in their replication, so they don’t mutate quite as quickly, so that reduces this risk, but if we are looking over a series of a year or two; then the risks of mutations that might start to evade our immune system, become more and more plausible.

This increases the risk that we might need to have a continuously reformulated vaccine if the virus sticks around for a long time. I don’t think that there is a huge risk in the short term of a mutation that dramatically changes how the virus behaves, but I think that we are looking more at mutations that might affect how the virus escapes immunity, but not so much of a risk of it being more severe or anything like that; it’s always a possibility, but the risks of that are much smaller.

Sputnik: How long will it take before a coronavirus vaccine becomes widely available?

Dr Jeremy Rossman: It will probably take at least twelve months, and it could be eighteen months, and it’s entirely possible that we will never have a vaccine that works.

Right now, we have several very promising vaccines that are undergoing trials, and a lot of these vaccines are based on platforms that have worked for other emerging infectious diseases such as the Ebola Virus or have been based on trial vaccines for other viruses like SARS.

I do have a lot of hope that we will be able to get a vaccine that will work well for COVID-19, but with all the clinical trials that are needed to make sure that the vaccine is safe and effective, then scaling up production and distribution it’s unlikely that we will have something any earlier than twelve months, even if things go very smoothly.