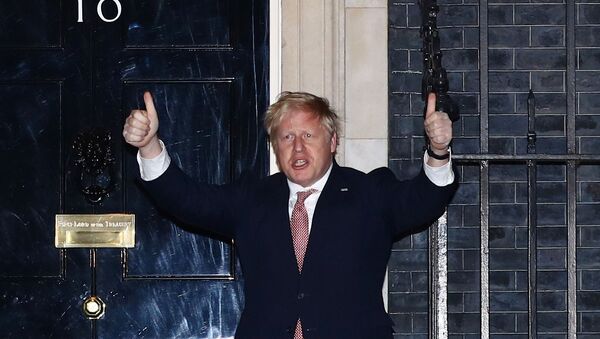 UK Prime Minister Boris Johnson has been transferred from intensive care to the recovery ward, he is in a very good mood, a spokesperson for the prime minister’s office said on Thursday.

"The Prime Minister has been moved this evening from intensive care back to the ward, where he will receive close monitoring during the early phase of his recovery," the spokesperson said.

Johnson is in "extremely good spirits," he added.

The prime minister has remained in intensive care since Monday.

US President Donald Trump took to Twitter to react to the news about Mr Johnson's improving condition.

Last Sunday, Johnson was hospitalised after his COVID-19 symptoms persisted following a week of self-isolation after his test for the new coronavirus came back positive. ​

While Mr Johnson remains in hospital, the country's foreign secretary Dominic Raab has been leading the government. He held an emergency meeting with the leaders of Wales, Scotland and Northern Ireland earlier on Thursday to discuss the possible review of next week's nationwide lockdown. Speaking to the media after the meeting, Raab said it was too early to lift the lockdown as the peak of the outbreak has not peaked.

Currently, the number of confirmed COVID-19 cases in the UK stands at 61,516, with 7,111 fatalities, according to Johns Hopkins University.