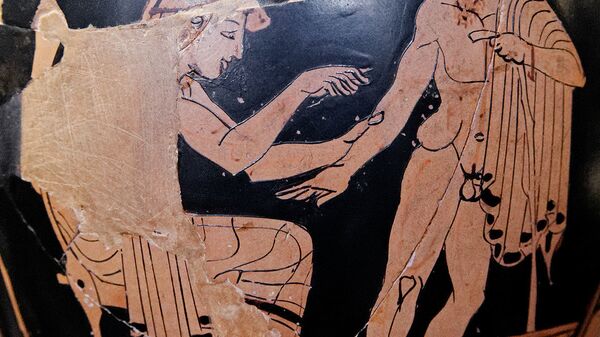 Ilya Tsukanov
All materialsWrite to the author
As one of the great civilisations of classical antiquity, Ancient Greece is known for its many fundamental insights which have since become part of the foundation for the ideas of Western civilisation, including basic geometry and the Hippocratic school of medicine.

Researchers led by veteran anthropologist Dr. Anagnostis Agelarakis of Adelphi University’s department of history have uncovered evidence of an advanced, Ancient Greek form of trepanning – a surgical procedure involving the drilling of holes into the human skull to try to treat various health problems.

In a press release, the university reported that ten sets of skeletal remains, among them six men and four women, all of them believed to be of high social standing, were discovered on the island of Thasos in the North Aegean Sea, with the remains dated back to the Proto-Byzantine period (330-824 AD) and showing signs of a complex form of brain surgery being performed on one of the individuals.

“According to the skeleton-anatomic features of the individuals, both men and women lived physically demanding lives,” Dr. Agelarakis explained. “The very serious trauma cases sustained by both males and females had been treated surgically or orthopaedically by a very experienced physician/surgeon with great training in trauma care. We believe it to have been a military physician,” the professor added.

The remains, whose male specimens were thought to have served as mounted archers and lancers in the Eastern Roman Empire, included one male who received extensive head, neck and brain surgery, possibly due to an infection, but who was thought to have succumbed to his illness. 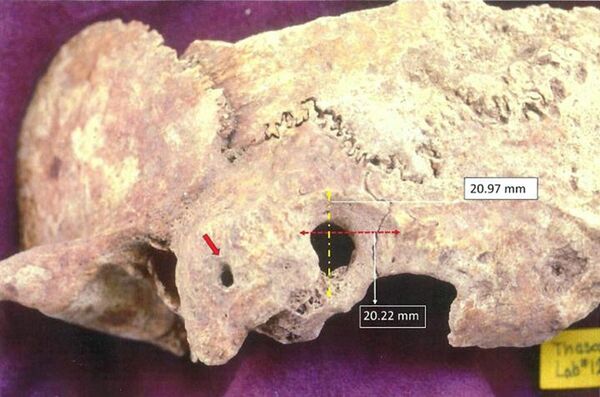 “The surgical operation is the most complex I have ever seen in my 40 years of working with anthropological materials,” the academic exclaimed, referring to the data obtained from an examination of the man’s skull. “It is unbelievable that it was carried out, with most complicated preparations for the intervention, and then the surgical operation itself, which took place, of course, in a pre-antibiotic era,” he stressed.

Agelarakis and his team go into greater detail on their discovery in a new book by Archaeopress titled ‘Eastern Roman Mounted Archers and Extraordinary Medico-Surgical Interventions at Paliokastro in Thasos Island during the ProtoByzantine Period'.