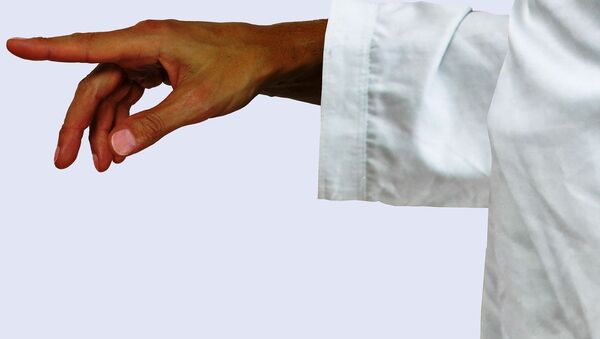 CC0 / /
Subscribe
New Delhi (Sputnik): As a mark of gratitude to healthcare professionals, Indians came out of their homes and clapped together on 22 March. But there have also been a series of assaults against doctors and medics across the country in recent days.

On Thursday, a representative body of doctors appealed to the federal Home Minister Amit Shah seeking legislation for their own protection.

Doctors demand @AmitShah roll out a central protection act to prevent rising cases of assaults on healthcare staff in India.
I report for @SputnikInt . pic.twitter.com/rBARpucRZ0

​The doctors cited several incidents of violence against their fraternity, and pointed out specific instances of attacks in Delhi, Bhopal and Indore in Madhya Pradesh.

In Madhya Pradesh, two doctors were assaulted by police officials, while they were returning from their duties.

“All such acts must be marked as ‘non-bailable’ offences,” the letter demanded.

In the past couple of weeks, attacks on healthcare workers have surfaced across the country.

in Delhi, female nurses have been subjected to vulgar, lewd gestures by those held under quarantine.

“For the past 2 months, lakhs of our people have been working day and night in our Hospitals and Airports. From doctors to nurses, hospital staff, sanitation workers, airlines employees, government staff, police personnel, media people, people associated with train-bus-auto rickshaw services, and home delivery agents; all have been selflessly serving others, without caring about themselves,” said Prime Minister Modi in a televised address on 19 March.

Modi then called on the country to give a 5-minute standing ovation to the country’s frontline healthcare professionals.

Since the first confirmed case of COVID-19 was detected in the country on 30 January, 166 people have lost their lives to the viral infection, with 5,095 confirmed cases, according to the Federal Health and Family Welfare Ministry