Videos: NYPD Officers Come to Blows With Civilians Amid Arrest 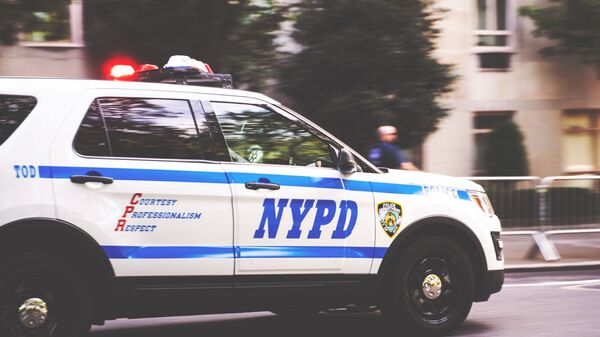 Three New York City residents have been booked and charged with various crimes after what was supposed to be one arrest in the Bronx turned into an unexpected brawl.

During the arrest, two cops were approached by Nelson Jimenez, a 31-year-old man who police say was promptly given lawful orders to back up from the immediate area.

Jimenez defied said orders and delivered a sucker punch to one of the officers before taking off down the street. The NYPD was later able to obtain footage of the incident recorded by a bystander at the scene.

This video from the 52 Precinct shows a man interfering in an arrest by punching a cop. The NYPD has kept NYers safe throughout the COVID-19 pandemic with historic amounts of cops going sick. We won't tolerate this kind of disrespect. He ran, we caught him, & charges are pending. pic.twitter.com/hcwC6w28Ov

Video uploaded by Twitter user NYcars212 offered a clearer view of the attack.

This was sent to me by someone , better clip it seems. Find the bad guy, MAKE HIM PAY !!! pic.twitter.com/nhLllWGpf2

Jimenez was ultimately arrested and charged with assault on a police officer, disorderly conduct, assault, harassment and obstructing government administration, according to AMNY. It’s alleged the 31-year-old kicked the same officer in the groin and thigh area as he was being arrested.

While the NYPD only showed a portion of the incident, extended footage of the altercation, published on Facebook by Jaime Diaz, showed there was another civilian who got involved in the arrest.

Brandee Isom, a 25-year-old woman, is seen getting punched in the face by an officer around the 2:18 mark. Prior to getting socked in the face by the cop, Isom is seen attempting to get close to Castro, despite allegedly having been ordered to back up.

Twitter user Tamara Nichole highlighted the cop’s punch and asserted that the NYPD made a deliberate choice to not publish this particular part of the brawl.

Soon after, the young woman is taken to the ground by two officers and arrested. On top of her possible injuries, Isom was charged with assaulting a police officer and obstructing governmental administration, as the cops claim she struck one of the officers.