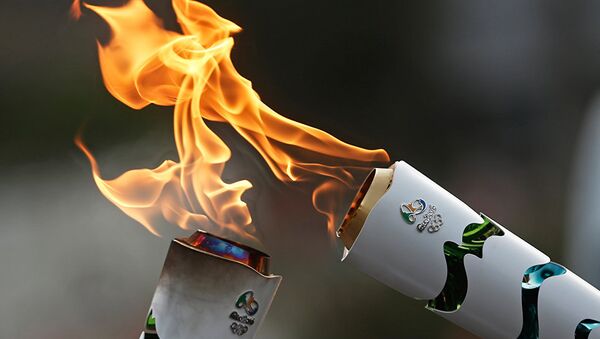 © AFP 2023 / Marcos de Paula
Subscribe
International
India
Africa
Japanese officials have announced that the Olympic torch, a symbol of the Olympic games that burns for the duration of the athletic tournament before being extinguished at the closing ceremony, has been moved to a “undisclosed location.”