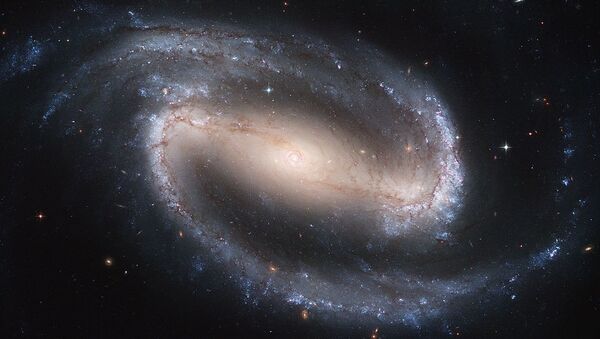 CC0 / /
Subscribe
For the first time ever, scientists have been able to produce photographic evidence showing that colliding galaxies can produce jets of charged particles that travel almost at the speed of light.

A research team composed of Clemson University College of Science researchers and international colleagues has published the first definitive detection of a relativistic jet being produced from two colliding galaxies, according to a Tuesday news release from the college.

Previous research had proven jets could be found in elliptical-shaped galaxies, which can form from the merging of two spiral galaxies. This new image provides evidence of the formation of a jet from two younger spiral galaxies.

"For the first time, we have found two spiral- or disk-shaped galaxies on path for a collision that have produced a nascent, baby jet that has just started its life at the center of one of the galaxies," said Vaidehi Paliya, lead author of the findings published in the Astrophysical Journal on April 7. 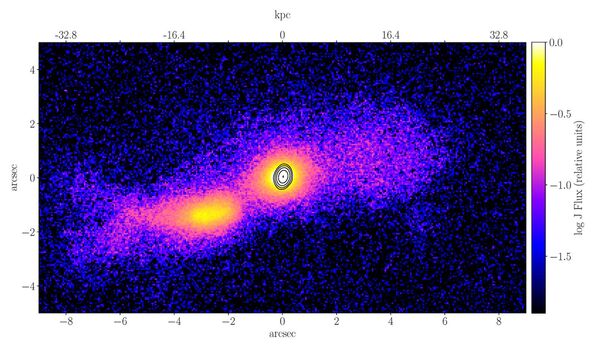 The Seyfert 1 galaxy, TXS 2116-077, (seen on the right) collides with another spiral-shaped galaxy of similar mass, creating a relativistic jet in the TXS’s center. Both galaxies have active galactic nuclei (AGN).
© Courtesy Vaidehi Paliya

The jet’s youth allowed scientists to get a clear view of its host.

“Jets are the most powerful astrophysical phenomena in the universe. They can emit more energy into the universe in one second than our sun will produce in its entire lifetime,” detailed the release. The energy in question comes in the form of radiation.

While galactic collisions have been imaged prior to this release, Clemson Associate Professor Marco Ajello explained that this is the first time two galaxies have been captured merging where a fully-formed jet is pointing at us.

“Typically, a jet emits light that is so powerful we can’t see the galaxy behind it,” Adjunct Professor Stefano Marchesi of Clemson’s Department of Physics and Astronomy noted in the release. “It’s like trying to look at an object and someone points a bright flashlight into your eyes. All you can see is the flashlight. This jet is less powerful, so we can actually see the galaxy where it is born.”

It’s believed that jets are born from older, elliptical-shaped galaxies that have active galactic nuclei (AGN), or supermassive black holes, located at their centers.

Researchers theorize AGNs increase in size by drawing in gas and dust through a process known as accretion. However, only some of the matter gets pulled into the black hole, leaving the rest to be accelerated and spewed out in narrow beams to form jets.

“It’s hard to dislodge gas from the galaxy and have it reach its center,” Ajello said. “You need something to shake the galaxy a little bit to make the gas get there. The merging or colliding of galaxies is the easiest way to move the gas, and if enough gas moves, then the supermassive black hole will become extremely bright and could potentially develop a jet.”

“Eventually, all the gas will be expelled into space, and without gas, a galaxy cannot form stars anymore,” he added. “Without gas, the black hole will switch off, and the galaxy will lay dormant.”