‘Now Not the Time to Cut Back on Funding’: WHO Europe Responds to Trump’s Pledge to Pull the Plug 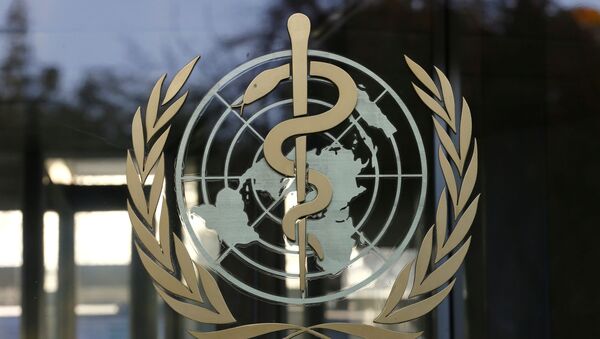 Oleg Burunov
All materialsWrite to the author
On Tuesday, Donald Trump lashed out at the World Health Organisation (WHO) over its handling of the COVID-19 crisis, accusing the WHO of being “China-centric” despite receiving much of its funding from Washington.

The World Health Organisation (WHO)'s European branch has responded to US President Donald Trump’s threat to withdraw his country’s funding over what the American president calls the organisation's botched response to the coronavirus outbreak and its cooperation with China.

The WHO's regional director for Europe Hans Kluge pointed out on Wednesday that the world is currently in “an acute phase of the pandemic”, which is why “now is not the time to cut back on funding”.

He was echoed by Bruce Aylward, senior adviser to WHO Director-General Tedros Adhanom Ghebreyesus, who underscored that the organisation’s collaboration with China adds to forming an understanding of the COVID-19 crisis.

“It was absolutely critical in the early part of this outbreak to have full access to everything possible, to get on the ground and work with the Chinese to understand this. This is what we did with every other hard-hit country like Spain and had nothing to do with China specifically”, Aylward noted.

UN spokesman Stephane Dujarric, for his part, also rejected Trump’s criticism of the WHO, giving kudos to Tedros Adhanom Ghebreyesus for his "tremendous work”.

“For the Secretary-General [Antonio Guterres] it is clear that the WHO, under the leadership of Dr Tedros, has done tremendous work on COVID-19 in supporting countries with millions of pieces of equipment being shipped out, on helping countries with training, on providing global guidelines. The WHO is showing the strength of the international health system”, Dujarric stressed.

Trump Mulls Cutting Funds to WHO Over Its Alleged China Bias

The remarks come a day after Trump told reporters that Washington is considering putting on hold money “spent to the WHO”.

“They’ve been wrong about a lot of things ... they seem to be China-centric ... we’re going to look into that", Trump said, referring to the WHO and echoing his comments on his Twitter page earlier on Tuesday.

“The WHO really blew it. For some reason, funded largely by the United States, yet very China centric. We will be giving that a good look”, he tweeted.

This followed Trump pointing the finger at the WHO over its "favouritism" towards China after the organisation had applauded Beijing’s coronavirus-related practices, which have apparently resulted in the reduction of the number of new local infections to zero.

POTUS also accused the WHO of "siding" with China, referring to Beijing’s alleged attempts to tone down the scale of the outbreak domestically.

In another development on Tuesday, Trump told journalists that the US might be getting to the top of the "curve" of the coronavirus outbreak. He spoke after the coronavirus death toll in the US increased by 1,736 on Tuesday evening, setting the record for the most coronavirus fatalities in the country in a single day.