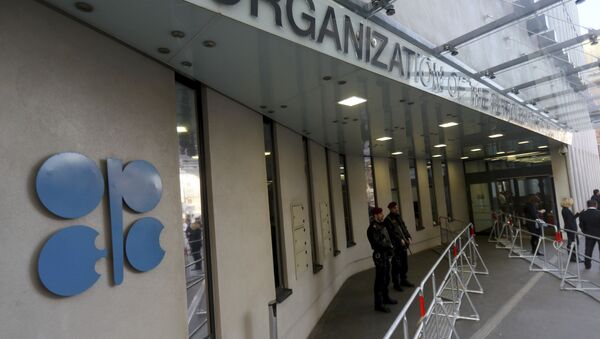 An OPEC+ video conference is slated for Thursday, with President Trump having earlier asserted that Washington is not completely ruling out cutting US oil production. The new talks are hoped to reverse the current state of affairs in the oil industry, which saw fuel prices take a nosedive in March.

Iranian Oil Minister Bijan Zanganeh has said his country is against holding any OPEC+ meeting unless there is a clear proposal and projected outcome from such talks for the oil market, as follows from a letter sent to OPEC and seen by Reuters.

"The vague circumstances around which the upcoming OPEC and non-OPEC ministerial (meeting) is being organised is of grave concern to me", Zanganeh wrote in the letter dated 7 April and directed to the Algerian oil minister, the current OPEC president.

OPEC+ is due to hold a video conference on Thursday at 2 p.m. GMT. This comes after US President Donald Trump stated he does not rule out that if necessary, the US may reduce oil production after a potential move by OPEC+ to likewise cut rates.

He also tweeted last Thursday that he expects Saudi Arabia and Russia to agree to cut oil output by 10-15 million barrels per day during an OPEC+ meeting scheduled for 9 April.

Russian President Vladimir Putin, for his part, stated last week that oil production could be cut by approximately 10 million barrels per day, adding that Moscow seeks long-term stability in the oil market, is set to continue to work with its Saudi Arabian partners, and engage in constructive negotiations. The Kremlin on Sunday said that Russia never supported the idea of abandoning the OPEC+ oil output cut deal.

The main participants in the OPEC+ group reportedly support the idea of meeting on 9 April to discuss cutting oil production, a month after the previous talks failed.

Earlier in March, OPEC+ talks over the suggested need to further slash oil production amid the coronavirus flare-ups and related oil crisis, fell through.

On 6 March, Russian Energy Minister Alexander Novak rejected an ultimatum at the OPEC+ meeting to join in a collective production cut, stressing that the countries were free to pump-at-will beginning at the end of March.

At the time, Russia called for leaving output cuts at previously agreed upon levels, while Saudi Arabia and its allies suggested that additional cuts be made.

Oil prices suffered their worst decline in decades in March after no consensus was reached on output cuts amid the raging COVID-19 crunch.