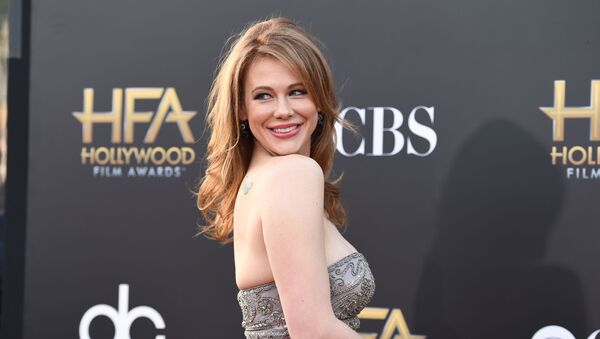 Adult entertainer Maitland Ward, known for her 90s roles in Boy Meets World and The Bold and the Beautiful, also signed up for subscriptions to a slew of OnlyFans accounts to support her webcamming colleagues.

Ward, who played Rachel McGuire in the 90s sitcom Boy Meets World, is putting on an hour-long weekly performance for her fans - every Thursday evening - on the webcam site CamSoda.

Having set herself the goal of raising $1,000 a week, she is set to donate all the funds collected to charities like the Free Speech Coalition emergency performer’s fund. On 2 April, her stream earned her over 21,000 tokens, equal to $1,014 in terms of money.

The motivation behind the move is to give back to the industry that she says has been so welcoming and kind to her:

"This community has been so open and welcoming to me, and I just want to give back in any way I can by supporting performers from all over, and donating as much money as possible to organisations that support this industry", Ward said, as cited by the Daily Star.

Separately, Ward, who also starred in The Bold and the Beautiful, said she has subscribed to over 150 OnlyFans accounts to support people. She shared that as a crisis regarding job loss looms large, she had asked performers which paid accounts on OnlyFans she should subscribe to.

Maitland’s incredible rise came after she ditched family-orientated roles and started uploading sultry cosplay pictures on social media, before moving to nudes, which earned her armies of online followers. She eventually drew attention of Deeper.com CEO Kayden Kross who hired her for the project Drive.

Speaking about her x-rated career change, 41-year-old Ward said it “gave her that power", continuing:

"I find it so empowering that at my age I can be this sexual being, and they don’t call me a MILF...I’m just a sexually empowered woman. I don’t want to label myself as anything", she explained.

The raging healthcare crisis has brought about severe economic fallout, with economic networks ruined and unemployment rates spiking, as people self-isolate and use every chance to stay home, in line with WHO recommendations.

According to WHO estimates, 1,282,000 people have been infected with the novel virus globally, with related deaths standing at 72,774 to date.