'Our World Has Changed': Denmark Poised for Gradual Re-Opening From Lockdown 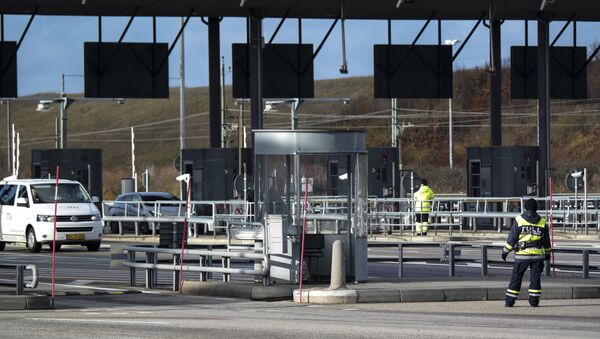 © AP Photo / Erland Vinberg / TT
Subscribe
At the same time, Prime Minister Mette Frederiksen has confirmed that herd immunity is not the goal.

In the first steps of gradually lifting its lockdown, the Danish government has voiced plans to re-open middle schools and kindergartens, the newspaper BT reported.

“Today we can present the first cautious phase in the re-opening of Denmark”, Prime Minister Mette Frederiksen proclaimed at a press conference.

Prime Minister Mette Frederiksen explained that schools for students up to the fifth grade were opening first, because of the greater burden on society. This step, she ventured, will allow some parents to have peace and to work undisturbed.

Older children starting from grade six and (11-12 and older) will be able to return to school on 10 May at the earliest, Frederiksen said. As a result, all end of term exams for pupils will be cancelled.

At the same time, she stressed that “a lot” will change in people's everyday lives, warning that Denmark “will not return as it was”.

“I understand that there will be both parents and teachers who will be concerned about becoming infected. That is why children and adults should be outside as much as possible. There should also be more distance between the children when inside. There needs to be more cleanliness. And if you are the least ill, then you have to stay home”, Frederiksen said.

The easing will also concern some adults, who now can return to their workplaces more often if they “follow the general guidelines on appropriate behaviour”.

Shopping centres, churches, libraries, and club premises for sports and other activities will remain closed until at least 10 May. The border controls will remain in place until 10 May, as will the ban on gatherings upwards of ten people. Restaurants, bars, cafés, and hairdressers will not reopen until “the next phase”. The ban on major events will remain in place until at least August, which means that Denmark's summer music festivals will all be cancelled.

Frederiksen envisioned lasting changes to everyday life. “Our world is changed. Our everyday lives are going to changed as well”, she said.

The government's decision triggered a mixed reaction from professionals. Allan Randrup Thomsen, a professor of immunology at Copenhagen University, called the decision to reopen risky, citing uncertainties in the infection pressure on smaller children and cautioning that the epidemic may “take off again”, Danish Radio reported.

Kåre Mølbak of the State Serum Institute said the decision to gradually reopen was justified, if citizens continue to uphold hygiene and social distancing rules, lest risk “getting back into the red curve”, the newspaper Extra Bladet reported. Mathematical models found that only 1.8 percent of children have probably been infected with coronavirus, as opposed to between 10 and 11 percent of adults, Mølbak stressed.

Mølbak rejected the idea that the gradual reopening implied a herd immunity strategy. According to Mølbak, who previously suggested herd immunity as the desired endpoint, the goal is to “break the curve of the infection” and “make sure that people don't get infected”.

Frederiksen corroborated that herd immunity was not a goal and warned that, even though the current numbers look positive, with the number of people admitted to hospital declining, this could change rapidly once restrictions are lifted. “The house of cards could fall. And it could fall faster than we imagine”, she cautioned.

So far, Denmark, a nation of 5.6 million, has seen 4,681 confirmed cases of coronavirus and 187 fatalities. Another 200 cases were registered on the Faroe Islands and in Greenland, which are part of the Danish realm, with no fatalities.