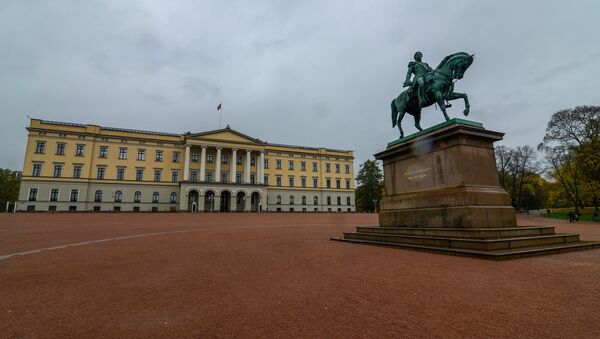 CC BY 2.0 / Jorge Láscar / The Royal Palace in Oslo (Slottet)
Subscribe
As of today, each infected is likely to infect only 0.7 other people, down from 2.5 before the introduction of social distancing measures.

The coronavirus epidemic is under control, Norwegian Health Minister Bent Høie has claimed, citing a much slower infection rate.

“According to the new figures, each infected is likely to infect 0.7 other people. That means we have got the coronavirus epidemic under control”, Høie said, as quoted by national broadcaster NRK.

Høie stressed this was a major improvement compared with the previous rate.

“Before the stringent measures were introduced, each patient infected 2.5 other people. Had this development persisted, we would have seen the same development as elsewhere in Europe in Norway", Høie said.

If the calculations are correct, the coronavirus outbreak in Norway has ceased growing, and the number of hospital admissions will go down, Høie said. At the same time, he warned against ending all precautions too quickly. According to Høie, general hygiene measures and social distancing remain the most important measures.

Director of the Public Health Institute (FHI), Camilla Stoltenberg, the sister of NATO Secretary General Jens Stoltenberg, stressed the uncertainty related to the calculations and the number of infections.

“Still, we perceive that we have seen a positive development and that it is reflected in the models”, Stoltenberg said, underlining that the curves of patients in need of hospitalisation and intensive care have been flattened.

So far, Norway has seen 5,755 confirmed COVID-19 cases and 59 fatalities with the average age of those perishing at 84. According to the Institute of Public Health, there are about 14,000 infected people in total, accounting for a small part of Norway's 5.3 million population.

In a recent survey by the labour research institute AFI at the Oslo Metropolitan University (Oslo Met), 11.2 percent of respondents believe they have been sick with coronavirus. “But we can't be entirely sure if it's COVID-19, the common cold, the flu, or pollen allergy they've had”, pandemic researcher Svenn-Erik Mamelund at Oslo Met commented.

“It's significantly lower than previously estimated”, Stoltenberg said. “We have won a lot of time by getting the infection rate down, but a lot of work remains”.

Stoltenberg made it clear that so-called herd immunity has never been the goal, unlike some regions in Sweden.

“If you had this goal, you would have to let go of the epidemic with the terrible consequences it would incur”, she said.

According to her, the pandemic will stop either when we have a vaccine or treatment or it simply burns out. By Stoltenberg's admission, a vaccine is unlikely to happen faster than a year and a half.