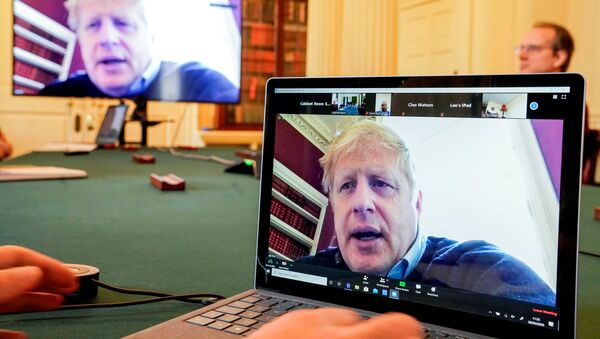 Demond Cureton
All materialsWrite to the author
The news comes as governments have been searching for "optimal" strategies as researchers race to find a balance between protecting vital health services and fragile economic and social activities, a top researcher for Imperial College London said.

The United Kingdom does not have a clear exit strategy for normalising the country after imposing stringent lockdown measures in March, a leading scientist told the Financial Times on Tuesday.

But there was "no master plan" and no "clear exit strategy" for government decisions, he warned.

He told the Financial Times: “Obviously what we would like to find is a strategy which allows us to go back to - it won’t be normal life but a bit closer to normal life, and suppresses transmission. That almost will certainly involve something akin to [South] Korea, massively ramping up testing, and contact-tracing. But it’s not clear even in Korea - and I’ve seen some of the analysis done there - that they can really relax all their social distancing and yet keep transmission low.”

The report was also part of wider government consultations before the lockdown, he said, adding that "there was pressure on the government to be showing the modelling informing policymaking".

“It looked, therefore, like that was the paper that informed policymaking, but in fact a much wider range of scientific advice and modelling advice had gone into government in the previous two weeks, all of which pointed in that direction," he added.

Professor Ferguson also noted "downsides" to the restrictions adopted to limit deaths across the country, with scientists also mulling substitutions for the government's "draconian" measures for a more holistic and extensive testing protocol.

“There’s quite a lot of behavioural science underway at the moment suggesting that a lot of people would find that a hard strategy to swallow and accept."

The news comes after the government faced backlash for failing to meet coronavirus testing quotas, with UK health secretary Matt Hancock stating last week that the government aimed to complete 100,000 tests a day by the end of April, despite conducting 10,000 a day at the time.

UK Prime Minister Boris Johnson was also moved to intensive care at London's St Thomas Hospital on Monday after suffering from "persistent" symptoms of the illness. The British PM's condition stabilised overnight, a spokesman said, adding that he is currently receiving oxygen treatment and was breathing without a ventilator. Foreign Secretary Dominic Raab was placed in charge of the country in Mr Johnson's absence, with Chancellor of the Exchequers Rishi Sunak following as a contingency.