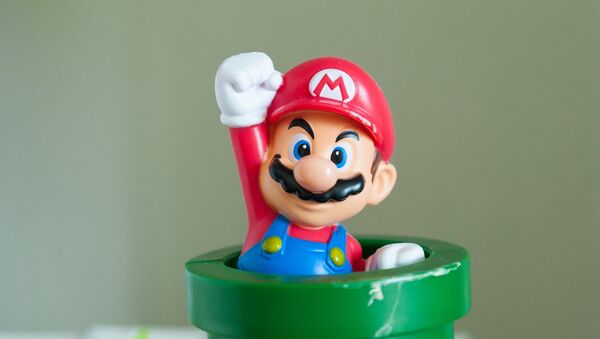 Demond Cureton
All materialsWrite to the author
The UK government has partnered with leading British gaming companies to broadcast safety messages in a campaign to stop the spread of the ongoing coronavirus pandemic, it was announced on Monday.

The Department for Digital, Culture, Media and Sport (DCMS) will feature the government's "Stay At Home, Save Lives" public instruction in an effort to beat the epidemic, a press statement revealed.

The crisis would require a "collective national effort" with every generation having "a role to play" with everyone's actions having a "direct impact upon the lives of others", the government wrote.

According to the government, the in-game messages would pose a "creative, targeted, and immediate" way to boost the efficacy of the public instruction as young people spend more time playing video games than others in the UK.

Video game studios joining the efforts include Activision Blizzard King, who makes the Candy Crush Saga mobile app, who tweeted in late March it would help to "flatten the curve" of rising COVID-19 cases.

The firm also donated over 230 'digital poster' adverts in London for broadcasting the government message, it was revealed.

Codmaster's DiRT Rally 2.0 will also roll out similar health messages in Europe and the United States in the coming weeks.

Oxford-based Rebellion Studios responsible for Sniper Army 4 and the Zombie Army trilogy, will also feature the adverts on its landing pages and comic books.

It was "absolutely vital" that people followed the government advice to "stay at home, protect the NHS and save lives", Culture Secretary, Oliver Dowden, said.

He added: "I’m delighted to see the UK’s brilliant video games industry stepping up to strongly reinforce this message to gamers across the UK."

Speaking for Activision Blizzard King, company president Humam Sakhnini said that he and his team were "delighted" to play a "small part and help with the delivery of vital public health information".

He added: "Through our millions of players we’re able to assist Public Health England and the NHS spread their life saving message: stay at home, protect our NHS, and save lives.

Jason Kingsley OBE, Co-founder and CEO of Rebellion said he was also delighted to work with the DCMS on its initiative, adding that it "makes total sense" to help promote important public health messaging while keeping fans entertained at home.

Toby Evan-Jones, VP Business Development at Codemasters, said that technologies in the company's games could be "repurposed to assist with the Coronavirus communication effort".

He added: "It’s fantastic to see conversations already being sparked amongst our [gaming] community.

Britain is home to roughly 2,277 gaming companies and 37m regular gamers, according to figures.