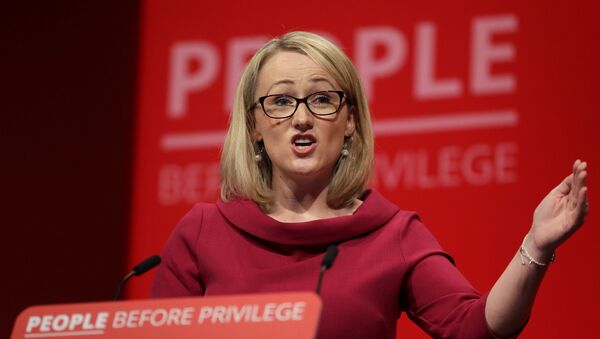 The new Labour Party leader Sir Keir Starmer, 57, has completed his reshuffle of the Shadow Cabinet.

Rebecca Long-Bailey, 40, has been given the education portfolio and former leader Ed Miliband has come in from the cold and been given Long-Bailey’s former portfolio as Shadow Business, Enery and Industrial Strategy Secretary.

​Emily Thornberry, who was removed as Shadow Foreign Secretary on Sunday, has been made International Trade Secretary.

Thornberry has been replaced by Lisa Nandy, 40, the MP for Wigan and a critic of Corbynism.

On Monday, 6 April, Richard Burgon tweeted that he had been fired as Shadow Justice Secretary. Burgon, a Corbyn loyalist, had run for the deputy leadership.

It’s been an honour to serve as Labour’s Shadow Justice Secretary since 2016.

I’ve just had a chat with Keir who let me know I won’t be in his new Shadow Cabinet team.

As I've done since joining the Party in the mid-1990s, I'll continue to give my all to get a Labour Gov't.

​He has been replaced by David Lammy, who has been outspoken on the issue of the government’s handling of the Grenfell Tower fire and has also been a vociferous Remainer during the Brexit debate.

Angela Rayner was elected as Deputy Leader on Saturday - four months after her successor Tom Watson stepped down.

​John Healey has been appointed as Shadow Defence Secretary and a newcomer, Jonathan Reynolds, has been given the Work and Pensions brief.

Tony Lloyd, who is currently both Shadow Secretary of State for Scotland and Northern Ireland, has been hospitalised with coronavirus. Keir Starmer has wished him a full recovery: https://t.co/mEekwQTqJT

​There is no place in the Shadow Cabinet for Yvette Cooper or Hilary Benn, both of whom had been tipped for a return to the front bench by political analysts.