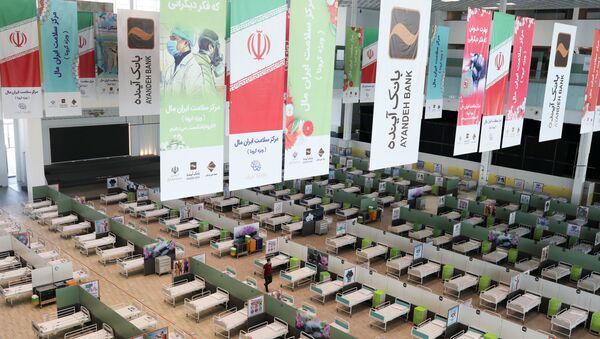 The US has refused to lift sanctions against Iran amid the COVID-19 outbreak in the country, which limits Tehran's access to medical supplies and needed equipment and forced it to fight the virus on its own without international support.

Iran has developed its own software to swiftly detect COVID-19 in patients that uses artificial intelligence technology to analyse computed tomography (CT) scans of the lungs, the Iranian government announced on Saturday.

The technology allows doctors to instantly view the pictures of possibly infected lungs, while previously they had to do this job manually, according to Iranian Vice President for Science and Technology Sorena Sattari.

"...when we have a large number of people in hospitals or we do not have access to a radiologist, this system can help as a doctor. This tool can be used as a remote technique and it is ahead of all other versions of the world", Alireza Zali, Vice President for Science and Technology Sorena Satatri and director of the Coronavirus Fight National Headquarters, said, as quoted by Iran Press.

The innovation was developed over a period of just one month through the joint efforts of Iranian universities.

Under the sanctions imposed by the United States, Iran is lacking vital medical equipment, which prompted Tehran to seek support in several international organisations for the lifting of economic restrictions. UN Under-Secretary-General for Humanitarian Affairs and Emergency Relief Coordinator Mark Lowcock and General Assembly President Tijjani Muhammad-Bande have both urged the US to ease sanctions during the virus outbreak.

Iran remains the nation that has been worst hit by the new virus in the Middle East. According to the count by Johns Hopkins University, the country has registered a total of 55,743 COVID-19 infections, and at least 3,452 people have died from the disease there.