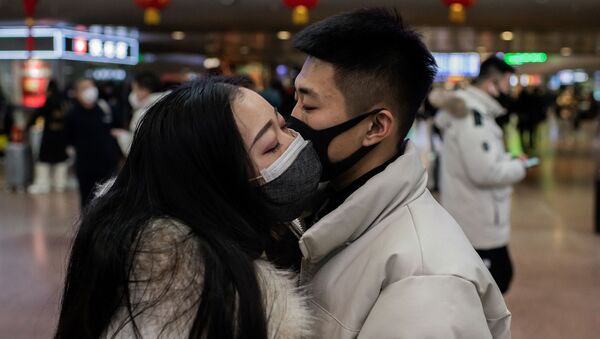 © AFP 2022 / NICOLAS ASFOURI
Subscribe
Ilya Tsukanov
All materialsWrite to the author
Nations around the world have introduced a range of measures to battle COVID-19 and slow or even stop its spread. However, that may be impossible, a veteran Russian scientist says.

Coronavirus is with us for good, and is a genie that cannot be put back in its bottle, Dr. Vitaliy Zverev, a respected virologist specializing in molecular biology and pathogenic microorganisms who serves as chief of the Moscow-based Mechnikov Science and Research Institute of Vaccines, believes.

“It’s necessary to understand that this virus has come to the human population not for today, not until summer, not until fall. It has come for many, many years, maybe even permanently. Seventy percent of the planet’s population will go through this infection,” Zverev said, speaking on the 60 Minutes programme on Russia-1 Friday evening.

Zverev also believes that if testing for COVID-19 was more widespread, including in Russia, the infection rate would prove to be significantly higher than it is today, while the accompanying mortality rate would show to be much lower than it is at present.

“The mortality rate is not five percent, but less than that of the flu. This is an infection with which we will have to live, similarly as we live with the flu, with the adenovirus,” the veteran academic believes.

Comparing mortality rates from coronavirus infections and influenza in the United States – currently the country with the highest number of infections, Zverev suggests that even though the flu epidemic in the United States has been weaker than normal this year, more Americans have died from the disease than from COVID-19. 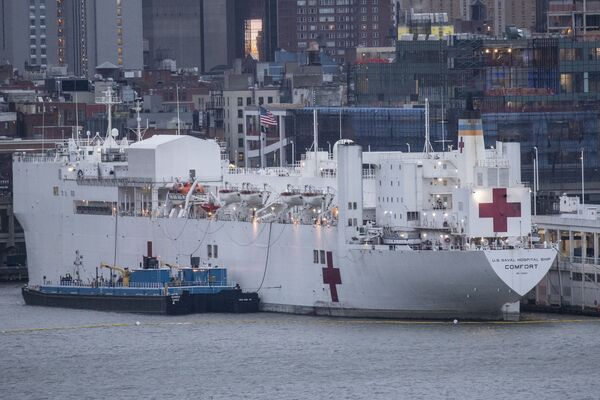 Not everyone in the medical community agrees with Dr. Zverev’s assessment regarding just how much of a danger the new coronavirus poses.

Among the problems commonly described by scientists which are said to make COVID-19 more dangerous are a lack of a vaccines, lack of herd immunity, and long incubation time, which makes it more likely that persons infected with the virus will pass it on to someone else before exhibiting any symptoms. On Saturday, for instance, Russian authorities reported that a quarter of all confirmed COVID-19 cases in Russia haven’t shown any symptoms.

Some scientists have also pointed to a higher reported mortality rate from COVID-19, although others have challenged this assertion, pointing to a lack of information about overall infection rates, caused by a lack of testing kits or even faulty tests. 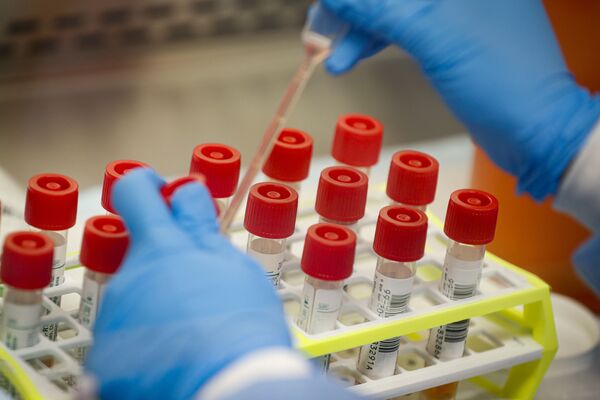 A laboratory technician prepares COVID-19 patient samples for semi-automatic testing at Northwell Health Labs, Wednesday, March 11, 2020, in Lake Success, N.Y. The US Food and Drug Administration has approved faster testing protocols as the viral outbreak continues to spread worldwide. For most people, the new coronavirus causes only mild or moderate symptoms. For some it can cause more severe illness
© AP Photo / John Minchillo

Most countries have taken a ‘better safe than sorry’ approach to dealing with the virus, introducing a series of increasingly tough measures –starting with the cancellation of public events and the closure of public places, schools, malls, and public transportation, and, in some cases, introducing regional or countrywide lockdowns restricting freedom of movement altogether. However, some countries have opted to limit restrictions, with Sweden challenging European-wide lockdown recommendations, while Belarus too has limited its response to pinpoint quarantine measures for confirmed infections. Britain’s government initially supported a herd immunity approach, but has since backed down in favour of social distancing and self-isolation rules seen in many other countries (although unlike some, UK authorities continue to allow people to leave the house for exercise).

The hard quarantine approach has been praised by many medical professionals, but has also led to concerns in some quarters about the future of the world economy. President Trump has taken a lot of flak for his desire to get the US economy ‘back up and running in time for Easter’, and has since backed down on such promises. However, on Wednesday, UN Secretary-General Antonio Guterres warned that apart from its epidemiological impact, the virus is having and will have a substantial economic impact, including “a recession that probably has no parallel in the recent past.” According to Guterres, the economic crisis caused by the global economic shutdown may lead to instability, unrest and conflict unlike any the world has seen since the Second World War. 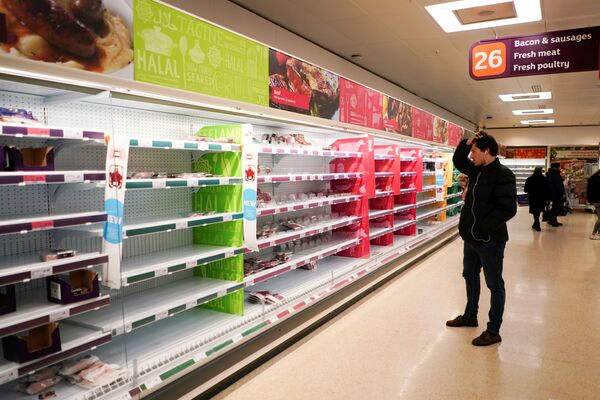 A man stands next to shelves empty of fresh meat in a supermarket, as the number of worldwide coronavirus cases continues to grow, in London, Britain, 15 March 2020.
© REUTERS / Henry Nicholls
Newsfeed
0
New firstOld first
loader
LIVE
Заголовок открываемого материала
Access to the chat has been blocked for violating the rules . You will be able to participate again through:∞. If you do not agree with the blocking, please use the feedback form
The discussion is closed. You can participate in the discussion within 24 hours after the publication of the article.
To participate in the discussion
log in or register
loader
Chats
Заголовок открываемого материала
Worldwide
InternationalEnglishEnglishMundoEspañolSpanish
Europe
DeutschlandDeutschGermanFranceFrançaisFrenchΕλλάδαΕλληνικάGreekItaliaItalianoItalianČeská republikaČeštinaCzechPolskaPolskiPolishСрбиjаСрпскиSerbianLatvijaLatviešuLatvianLietuvaLietuviųLithuanianMoldovaMoldoveneascăMoldavianБеларусьБеларускiBelarusian
Transcaucasia
ԱրմենիաՀայերենArmenianАҧсныАҧсышәалаAbkhazХуссар ИрыстонИронауОssetianსაქართველოქართულიGeorgianAzərbaycanАzərbaycancaAzerbaijani
Middle East
Sputnik عربيArabicArabicTürkiyeTürkçeTurkishSputnik ایرانPersianPersianSputnik افغانستانDariDari
Central Asia
ҚазақстанҚазақ тіліKazakhКыргызстанКыргызчаKyrgyzOʻzbekistonЎзбекчаUzbekТоҷикистонТоҷикӣTajik
East & Southeast Asia
Việt NamTiếng ViệtVietnamese日本日本語Japanese中国中文Chinese
South America
BrasilPortuguêsPortuguese