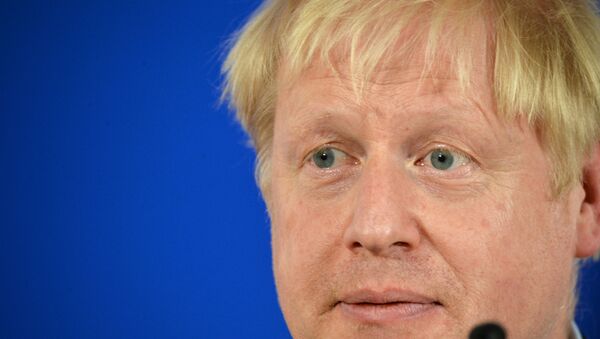 Tommy Sheridan
All materials
The news today is almost universally dark. Globally the number of Covid-19 cases has surpassed the one million mark, an increase of 500,000 in only seven days. The confirmed death toll to the highly infectious virus is now over fifty-five thousand.

Spain reported its highest daily toll of 932 and the US reached the landmark of the highest daily death toll anywhere in the world with 1,169 Covid-19 deaths recorded. Locally here in Scotland the death toll climbed by 46 overnight to 172 while a total of 1,321 patients are in hospital with confirmed or suspected Covid-19 illness and 176 of those patients are being treated in intensive care. Across the UK 684 more lives were claimed. The total lives lost is now over 3,000. Each of them a sad loss.

The world is locked in a life or death war with Covid-19 and it is clear some countries and regions are doing considerably more with the resources at their disposal, with the result of more positive outcomes in their respective battles with the deadly virus. The nations which listened to the World Health Organisation advice to ‘test, test, test’ are clearly faring better than those who ignored that advice:

“You cannot fight a fire blindfolded. And we cannot stop this pandemic if we don’t know who is infected.

We have a simple message for all countries: test, test, test”.

Comparing developed nations like Germany and the UK for instance reveals a stark difference in the attitude to Covid-19 testing, the capacity to implement mass testing strategies and the vital task of issuing personal protective equipment for frontline health workers. Germany is by no means out of the woods but compared to the UK and most of Europe it is far advanced in testing, treatment and in reducing the fatality rate amongst those who contract the virus to only 0.3%, far less than the fatality rate in the UK, the US and the rest of Europe.

Under Boris Johnson the UK has been confused, dysfunctional and downright dishonest. The reality that he is in a job far beyond his capabilities is beginning to dawn on more people every day. Even some of his staunchest lickspittle cheerleaders in the right wing press are being forced to call him out for his shambolic leadership as health workers in one of the world’s richest and most developed regions are forced to don plastic bin bags and rely on homemade face-masks while dealing with patients and elderly citizens most susceptible to the virus.

A shocking revelation of a few days ago is of resignation proportions. The fact that only 2,000 of the 550,000 health workers tasked to deal with Covid-19 on the frontline had actually been tested for the virus represents political irresponsibility and negligence of criminal proportions. In many areas of the UK as many as 1 in every 4 NHS employees is reported sick and in self-isolation with signs of the virus and unwilling to further risk the lives of their families, their patients or themselves by reporting for work. They have been demanding tests for weeks but been ignored by the clowns in office.

Never forget that Johnson told the nation on 10th March that testing for Covid-19 would be reserved only for those seriously ill in hospital and would not be available for NHS workers because at that time his whole strategy was being informed by behavioural scientists and mathematical modelling that promoted ‘herd immunity’ strategy over proper public health approaches which demanded mass testing, source identification and isolation. The relaxed and ignorant approach of Johnson and co cost vital weeks of testing and ordering and supply of personal protective equipment. Hundreds and soon thousands of lives will be lost as a direct consequence of Johnson and his Tory government approach and strategy to this health crisis.

Trade unions representing millions of health and social care workers have called the government failure to supply suitable protective clothing to the frontline workers a ‘crisis within a crisis’:

“Workers are being exposed to unreasonable and unnecessary risk by the ongoing failure to provide key workers with adequate PPE.

“Every day we hear from our members that despite repeated assurances from government, people are being asked to work with inadequate or out of date protective equipment – and that is where PPE is being provided at all.

“Key workers deserve better. They are risking their own health and safety for us.

“We must be clear what that means. Those who are subject to prolonged and direct exposure to the virus – such as health and social care professionals – are risking their lives”.

Everyone needs to remember this fact. It is not the fat cat billionaires like Virgin airline owner Richard Branson, or retail group Arcadia owner Phillip Green, or Sports Direct owner Mike Ashley or Wetherspoons owner Tim Martin that are risking their lives daily to save everyone else’s lives - it is the low paid, overworked and stressed out health and social care workers. The nurses. The porters. The Paramedics. The elderly care staffs. They are on the frontline daily and risking the health of themselves and their families while overpaid and incompetent politicians like Johnson display ignorance daily.

For weeks Johnson and his Ministers have been promising frontline workers they would receive the necessary equipment to do their jobs safely. Those were empty promises.

This Tory Government Cannot Be Trusted – They Have to Go

Today Matt Hancock, the health minister has promised 100,000 tests a day by the end of the month. That is 150,000 less than the number promised recently by Johnson as shadow health minister for Labour, Jonathan Ashworth, has pointed out  but the truth is no one really believes this government anymore.

We look forward to seeing the details of how this commitment will be delivered especially for NHS and care staff which is now an urgent priority.

​Speaking within hours of that boast even Scotland’s First Minister Nicola Sturgeon had to abandon her hitherto non-partisan approach to the Covid-19 battle by clearly distancing herself from those figures during her daily Covid-19 press conference.

We were all uplifted by the public applause for health, social care and key workers which took place across the UK last night. It is right and fitting that the role of pharmacy staff, delivery drivers, supermarket workers and many more are recognised. However only blind loyalists can retain any confidence in this shower of selfish incompetents in government as we enter the 12th day of lockdown. On the key tests of protective equipment supply, Covid-19 testing of frontline workers and the provision of essential ventilators this collection of space cadets have failed miserably on every objective assessment of their performance.

Ensuring rigged tests for the disabled to remove them from Disability Living Allowance entitlement was a Tory specialty but arranging essential tests to protect the health of key workers in the Covid-19 frontline is beyond them. As each day passes the need to ditch the Tories from office grows more pressing.