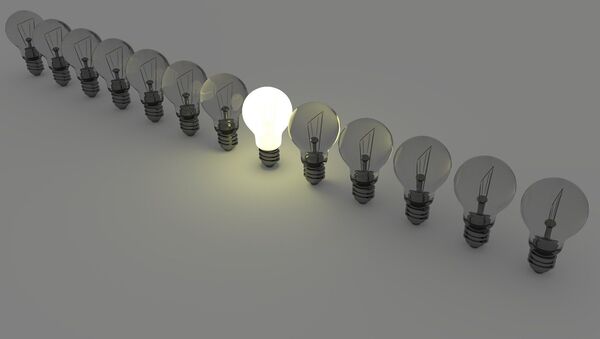 New Delhi (Sputnik): After clapping on their balconies and beating utensils to pay tribute to frontline workers amid COVID-19 outbreak, Prime Minister Modi has now asked people to turn off their lights for nine minutes on Sunday at 9pm and light earthen lamps and candles. The gesture is symbolic of defeating darkness and negativity.

Prime Minister Narendra Modi’s April 5 blackout at 9pm has created a huge pressure on the power ministry as it fears grid collapse due to the sudden drop in electricity demand across the country, resulting in disturbed grid frequency.

In an order, a state government power corporation board has been asked to remain on alert mode from 8pm to 10pm on Sunday to avoid any incidents due to the sudden fall in power demand.

Prime Minister Narendra Modi's blackout announcement has caught the power departments on the back foot. In order to avoid any grid collapse, they have been asked to remain on alert on Sunday from 8pm to 10pm to keep tab on frequency levels. pic.twitter.com/v0dBTDPPwq

​Power grid officials across the country have a huge task to avoid disruption on the entire chain of power generation to transmission to distribution during event.

The Central Electricity Regulatory Authority specifies a power frequency which helps maintain grid stability but any deviation from the identified frequency is managed by increasing or decreasing power flow in the grid.

In an urgent meeting called on Friday following Modi’s announcement, the Power Minister discussed the issue of sudden fall in demand with the Power Grid Corporation of India Limited and he is reportedly confident of managing grid stability, according to government sources.

Sources said state governments have also been asked to manage power scheduling and keep some of their generating units in ready mode.

The official also revealed that power demand in the country is down by about 20 percent. “So, the national and regional load dispatch centres are already grappling with low demand and a further drop on April 5 should not be a problem,” he said.

Prime Minister Modi has asked people to turn off the lights at 9pm on 5 April and light earthen lamps and candles in their balconies and doorsteps.