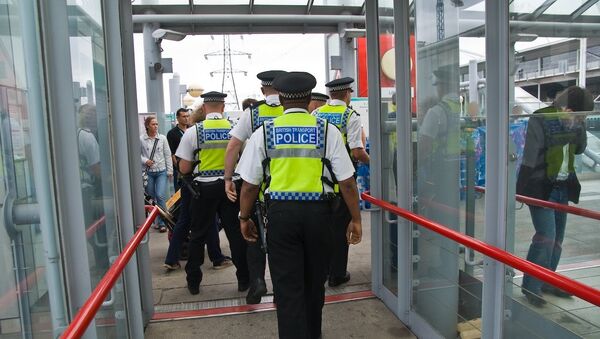 Mohamed Elmaazi
All materialsWrite to the author
After inquiries made by press and legal experts British Transport Police and the Crown Prosecution Service have agreed that a recent COVID-19 related conviction should not have happened and should be vacated.

A woman was improperly fined, arrested, prosecuted and convicted, under the Coronavirus Act 2020, British Transport Police (BTP) have now admitted. Marie Dinou, 44, who was allegedly "loitering" at Newcastle Central railway station on 28 March, allegedly refused to answer any questions put to her by BTP.

WOW. The 1st Coronavirus Act fine has been quashed!

“This shouldn’t have happened and we apologise” - British Transport Police. https://t.co/tzbUoqzKiu

Officers say they questioned her to see what her 'reasonable excuse' was for being outside of the house during the COVID-19 lockdown and to see if she had a ticket. She was ultimately fined £60 by the police and arrested, "on suspicion of breaching the restrictions imposed under the Coronavirus Act 2020". Though the Coronavirus Act does not actually require people to either give their name or details to the police nor for them to state the basis of their journey.

A district judge at North Tyneside Magistrates’ Court nonetheless found Dinou guilty for violating recent COVID-19 related laws, and fined her an additional £660 pounds plus £66 victim surcharge and £85 in costs. The Independent later discovered that Dinou was convicted without being present in the court and that the decision was made 'on the papers'.

But it was all unlawful, as both BTP and the Crown Prosecution Service (CPS) now agree. "[W]e fully accept that this shouldn’t have happened and we apologise. It is highly unusual that a case can pass through a number of controls in the criminal justice process and fail in this way", said Deputy Chief Constable Adrian Hanstock.

Policing the Corona State, a blog which is maintained by the Network for Police Monitoring (NETPOL) and the Undercover Research Group, states that:

"Schedule 21 [of the Coronavirus Act] creates an offence of “failing without reasonable excuse to comply with any direction, reasonable instruction, requirement or restriction” imposed as part of the act, the Independent writes. But the law can only apply to “potentially infectious persons” and is separate to the newer Health Protection Regulations that allow police to enforce the UK lockdown." 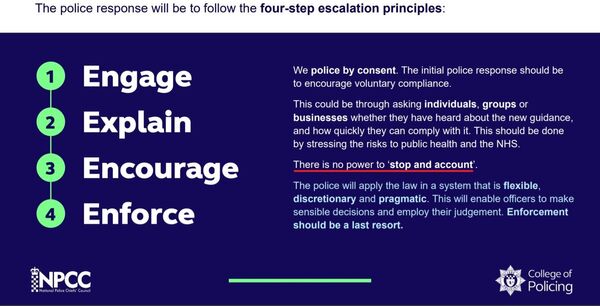 Though Hanstock nonetheless argued that the BTP officers were, "properly dealing with someone who was behaving suspiciously in the station, and who staff believed to be travelling without a valid ticket". She added that the officers were, "rightfully challenging her unnecessary travel".

In the end both the BTP and the CPS, "agreed to contact North Tyneside Magistrates’ court and ask for the case to be relisted and the conviction to be set aside", according to a statement from the police.

“...officers will continue to engage with people and seek to understand their reasons for their journeys. Where we determine that there is no justifiable purpose for them being on the transport network, we will explain to the public why they should not travel.

"As a last resort, and where situations develop, we may need to apply the law as set out in the new Coronavirus Act and the Health Protection Regulations.”

She said that a "more detailed review" will be undertaken to determine if there are any further lessons to be learned.

Police have come under increased scrutiny and criticism over their handling of emergency powers which experts and advocates warn have, historically speaking, a tendency to become permanent.

"It isn’t about whether some officers are ‘over-eager’... From top to bottom, the police find it almost impossible to believe the vast majority of us are capable of making efforts to contain the coronavirus without coercion and constant threats" https://t.co/NWSfc66Xbo

Though government ministers continue to insist that examples of the police acting inappropriately are few and far between.

Guidance for police forces in England written by barristers at 5 Essex Chambers can be found via their website here.