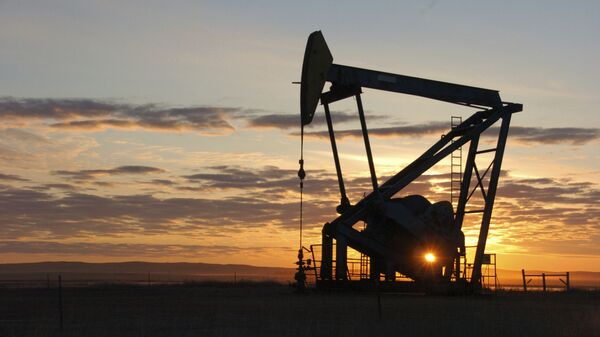 WASHINGTON (Sputnik) - Texas Railroad Commissioner Ryan Sitton said in a statement on Thursday that he had a great conversation with Russian Energy Minister Alexander Novak and that both sides agreed on engaging in an unprecedented level of cooperation due to the economic impact of the coronavirus (COVID-19) pandemic.

Sitton said they agreed the new coronavirus pandemic requires an "unprecedented level of cooperation" and discussed 10 thousand barrels per day out of global supply.

Just had a great conversation with Russia's @novakav1. While we normally compete, we agreed that #COVID19 requires unprecedented level of int'l cooperation. Discussed 10mbpd out of global supply. Look forward to speaking with Saudi Prince Abdulaziz bin Salman soon.

The Railroad Commission of Texas is an agency that regulates the oil and gas industry in the state of Texas.

Oil prices jumped after US President Donald Trump said he expected Russia and Saudi Arabia to take 10 billion barrels of daily oil supplies from the market. Brent oil futures were up 40 percent, peaking at $35.99 on Thursday, but have retreated since to about $30 per barrel.

It was reported later that Saudi Arabia is considering the possibility of cutting oil output to below nine million barrels per day, so long as any output reductions are reciprocated by other G20 countries.

According to the Wall Street Journal citing officials in Riyadh, the move comes after Saudi Arabia's oil output has continued to rise, despite falling prices on the world market. Riyadh is examining the possibility of reducing output from 12 million barrels per day to below nine million barrels daily, should other G20 nations follow suit, the newspaper cited sources as saying.

Crude prices first plummeted in early March after OPEC+ exporters failed to agree on additional cuts or extend the deal limiting their production, dealing a blow to the market weakened by a fall in demand during the pandemic.

Moreover, Saudi Arabia and Russia failed to reach a deal on oil production cuts at the March meeting, triggering an oil price war, with Riyadh vowing to flood the market with oil and reportedly starting offering barrels to European customers at huge discounts.