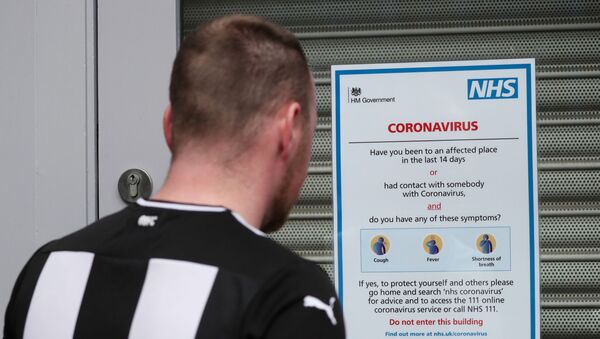 Football events and tournaments are currently suspended in the United Kingdom as the coronavirus pandemic spreads across the country while the government attempts to slow the outbreak through social distancing.

The British government said on Thursday that English Premier League footballers, who are on break due to the coronavirus epidemic, should take a pay cut.

Health Secretary Matt Hancock said that other people across the country were making sacrifices and demanded that the players "play their part" in the battle against coronavirus.

Hancock's statement comes amid outrage at top flight clubs using the government's furlough scheme for non-playing staff but not for the highly-paid sports stars.

Under the retention scheme, the government pays 80 percent of an employee's monthly salary up to £2,500, while employers pay the remainder.

The Premier League clubs are scheduled to gather via conference call for a shareholders' meeting on Friday.

According to the Daily Mail, it is expected they will be briefed on the best way to soften the economic impact of the virus in talks between the league, the English Football League and the players' union, the Professional Footballers' Association.

An indefinite suspension of football in England may also be considered, with the disease outbreak rising significantly since 19 March when games were initially suspended until 30 April.