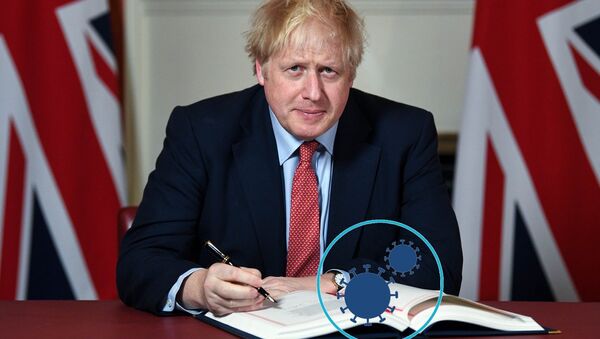 The shift by civil servants and businesses towards dealing with the coronavirus disease 2019 (COVID-19) has prompted speculation that the UK government may delay the post-Brexit transition period beyond its current deadline.

UK Prime Minister Boris Jonson is sticking to his guns regarding the post-Brexit transition period deadline of 31 December 2020. Yet business lobbyists say the British government has cancelled most meetings relating to the negotiations over Britian's future relationship with the EU, as civil servants focus their efforts on the coronavirus disease 2019 (COVID-19) pandemic, according to Bloomberg news.

Industry meetings across Whitehall have been cancelled, and there's growing sense delay is inevitable 1/https://t.co/4BTpOdLadL

“Everyone is hoping for an extension”, Helen Brocklebank, chief executive officer of Walpole, which represents over 250 British luxury brands, is quoted as saying. Like many industry lobbyists she explained that, “Brexit is very much taking a back seat at the moment as companies fight to survive". Trade Policy Adviser at the British Meat Processors Association, Peter Hardwick, echoed the statements noting that all key civil servants within the Department for Environment, Food and Rural Affairs have had to shift their attention to dealing with the outbreak.

Similarly, Pauline Bastidon, head of European policy at the Freight Transport Association, told Joe Mayes, of Bloomberg, that, “[t]here’s absolutely no bandwidth for anything other than Covid-19". She added that there is  said, "no time, energy, money or interest at the moment to focus on Brexit".

As a result, business insiders and representatives argue that the question is more about "when" and "how" the Prime Minister seeks to "sell" the extension to members of the public who want to see the whole process done, rather than "if". A recent poll by YouGuv found a majority of people, 55%, were supportive of the idea, under the circumstances, with 24% opposing and the remaining 21% saying they didn't know.

It's not about if, but how Johnson sells it to the public 3/

​That being said, a Number 10 spokesperson made clear on 2 April that there remains 'no discussion' on seeking a delay, Reuters reports.

In the 2019 general election the Tories campaigned on the motto of "Get Brexit Done". Following their sweeping election victory, which some observers ascribed - in part - to the Labour Party's shift away from accepting the Brexit referendum result and endorsement of a second referendum, the Tories passed into law the 31 December 2020 deadline for the transition period.

Labour for a Socialist Europe has launched a petition calling on Johnson to 'seriously extend' the transition period, the application of which must be filed by the government no later than 30 June 2020.

There is some speculation among business insiders that, despite his current position, Johnson may ultimately agree to an extension closer to the 30 June deadline.