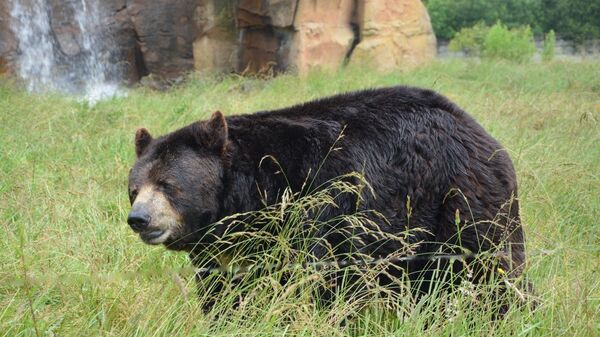 New Delhi (Sputnik): India's usually-crowded streets have attracted some unusual guests for the country of over 1.3 billion people amid the coronavirus lockdown, but who would have expected a bear?

Himalayan bears usually hibernate in the dense forests of mountainous northern India until the end of April, but one made an early appearance this year and wandered into Gangtok the capital city of the state of Sikkim.

Almost after 13 hours the forest personnel and Sikkim police have tranquilised the Himalayan black bear and rescued. Gangtok, Sikkim (01.04.2020) pic.twitter.com/LCCUFdanti

The bear attacked a man, identified as Arvind Yadav, as it entered a BSNL telephone exchange, leaving him with deep injuries to his head and torso.

The wild bear was successfully captured following a daunting rescue operation by the wildlife department and police which lasted around 12 hours. It was shot with a tranquilliser dart before being taken away from the residential area.

With just nine days of lockdown, animals like the endangered civet, deer, Indian bison and the Asian blue bull, have been sighted in various parts of India, which until last week had been busy with traffic and pedestrians.