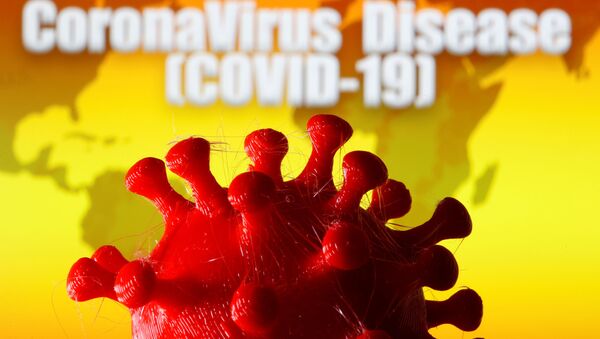 Stockholm University professor Tom Britton said that he would “bet his house” that something between 250,000 and half a million are infected in the Nordic country of 10 million at the moment.

T.S. Eliot once wrote that April is the cruellest month, and it also happens to be the month when the spread of coronavirus will be most intense, according to Tom Britton, a professor of mathematical statistics at Stockholm University, who specialises in modelling how infectious diseases behave in a population.

“This disease is so contagious that over half of Sweden's population will be infected before the end of April. After that, the spread of infection will not stop, but it will go slightly slower so that about two-thirds will be infected by the end of May,” Britton told Swedish national broadcaster SVT.

Britton said he would “bet his house” that between 250,000 and half a million are infected at the moment. This is in stark contrast to the official count of 4,947 sick.

This means, according to Britton, that April is high time for the elderly and at-risk groups to stay at home and avoid social contact.

“If you go out in April, maybe one in ten people is contagious. This means that you only need to meet ten people for you to run a fairly high risk of getting infected. If you do the same thing in late May or June, however, you do not run the same risk at all,” Britton said.

Jan Albert, a professor of infectious disease control at the Karolinska Institute, stated that there was a lack of conclusive data, as few tests have been available to the general population so far, but called Britton's projections “not at all unreasonable”. Albert also anticipates the infection to peak in April.

“Right now most people expect an active spread of infection, which is heading towards some kind of peak. Whether it is a single peak or if more are to come, we do not know,” Albert mused.

In tackling the coronavirus epidemic, Sweden has long been an outlier in the EU, imposing no lockdowns and content with only voluntary restrictions built on the so-called “Swedish model” where citizens are assumed to possess a deeply ingrained respect for the authorities. Apart from a few restraints, such as a limit on gatherings of over 50 people, Sweden largely continues to run as usual, with schools and preschools still open.

While the number of infected people is comparable with its neighbours, Sweden has seen 239 deaths, most of them in the 80-90 age bracket. Still, this is more than ten times the figure recorded in neighbouring Finland, and even more than in the rest of the Scandinavian nations combined.

Greater Stockholm has been the most affected area of the country, spurring calls to impose a lockdown on the capital area. However, only 18 percent of Stockholmers support the idea, SVT reported.

According to state epidemiologist Anders Tegnell, the infection curve is only starting to get steep.

“If you look at the last month in Sweden, we have had a relatively flat curve but now we're having a fairly steep upturn,” Tegnell told the Finnish newspaper Hufvudstadsbladet.

According to World Health Organisation (WHO) Director General Tedros Adhanom Ghebreyesus, the global number of COVID-19 cases was likely to reach 1 million within the next few days, with 50,000 fatalities.