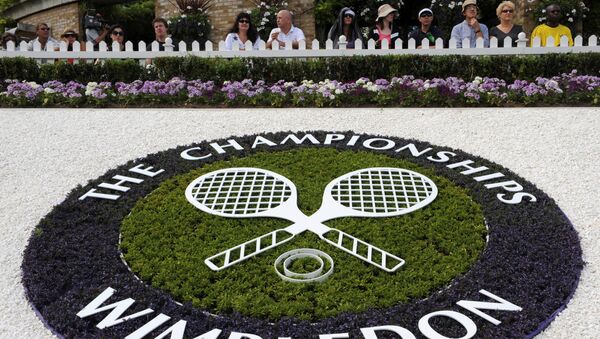 The coronavirus pandemic declared by the WHO has forced numerous sporting and entertainment organisations to postpone major international events until 2021, including the Tokyo Summer Olympics and events hosted by UEFA, the NHL and the NBA.

Wimbledon tennis tournament slated for 29 June has been cancelled due to the COVID-19 pandemic, the organisers announced via Twitter on Wednesday. The sporting event will not be held for the first time since 1945.

The organisers announced that the tournament will instead be staged between 28 June and 11 July 2021.

The 2020 Wimbledon Championship was initially scheduled to start at the All England Tennis & Croquet Club in London on 29 June.

Several major sporting events could not proceed as scheduled this year in the face of the coronavirus crisis that has rocked the planet, infecting 886,102 globally and killing 44,220 with both numbers continuing to grow daily.

The Tokyo Summer Olympics was postponed to 2021 last month, marking the first time in the history when the games have been put off rather than cancelled.

Similarly, Euro 2020 had to be delayed to 2021 as Europe has become one of the worst coronavirus-affected areas of the globe.