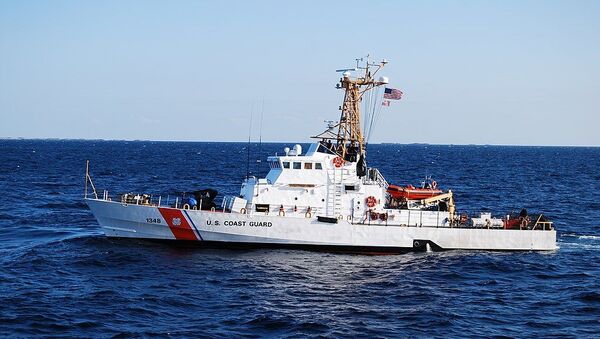 US Defense Secretary Mark Esper announced on Wednesday that the US was beginning "enhanced counter-narcotics operations" in the Caribbean Sea and eastern Pacific Ocean, saying "many criminal organizations are attempting to capitalize" on the COVID-19 crisis.

"Today the United States is launching enhanced counter-narcotics operation in the Western Hemisphere to protect the American people from the deadly scourge of illegal narcotics," US President Donald Trump told reporters on Wednesday.

"We must not let the drug cartels exploit the pandemic to threaten American lives. In cooperation with the 22 partner nations US Southern Command will increase surveillance, disruption and seizures of drug shipments and provide additional support for eradication efforts which are going on right now at record pace," Trump said, indicating the operation would involve US Navy, Coast Guard and Air Force assets, as well as the Drug Enforcement Administration and other agencies.

General Mark A. Milley, chairman of the Joint Chiefs of Staff, said that the US was not only at war with COVID-19 and with terrorists, but with "the drug cartels" as well, and characterized the deployment of US Navy, US Coast Guard and other forces in the region as an act of self-defense.

"This drug war has gone on for many decades," Attorney General William Barr told reporters. "The cartels have to be defeated."

Earlier on Wednesday, the Associated Press reported that several US Navy vessels were being deployed off the coast of Venezuela to engage in counter-narcotics operations.

Last week, the Department of Justice unveiled "narco-terrorism" charges against 14 members and former members of the Venezuelan government, alleging their involvement in a drug-running operation and connections to the Revolutionary Armed Forces of Colombia - People's Army (FARC-EP). The State Department placed rewards of up to $15 million for the capture of those charged, including Venezuelan President Nicolas Maduro, whom the US government regards as an illegitimate ruler.

When asked about a reported interdiction of an attack being plotted against US troops in Iraq, Trump said, "We just have information that they were planning something … it was led by Iran - not necessarily Iran, but groups led by Iran … it would be a very bad thing if they did it."

Esper said that while he empathized with the enormous suffering of the Iranian people amid the deadly COVID-19 pandemic, which has killed more than 3,000 Iranians, if Tehran wanted help from Washington it should end its "malign activities" against US forces in the region.