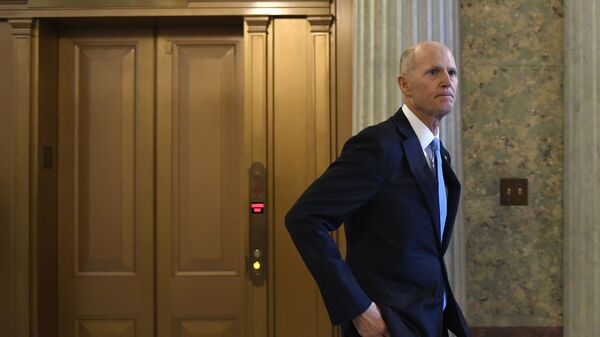 Ilya Tsukanov
All materialsWrite to the author
China has dismissed as ‘nonsense’ recent media reports about its alleged attempts to cover up the true scale of fatalities in Hubei – the province where the COVID-19 outbreak began late last year.

Florida Republican Senator and key Trump administration ally Rick Scott has called for Congress to probe whether or not the World Health Organization (WHO) willfully helped “Communist China cover up information regarding the threat of the Coronavirus” and the true extent of its spread.

“The mission of the WHO is to get public health information to the world so every country can make the best decisions to keep their citizens safe. When it comes to Coronavirus, the WHO failed,” Scott said in a statement published on the senator's website.

Accusing China of “lying about how many cases and deaths they have, what they knew and when they knew it,” Scott suggested that the WHO “never bothered to investigate” these claims further, and proceeded to “parrot” “propaganda from the Chinese Communist Party” in its statements on COVID-19, including via a January tweet by the WHO citing Chinese authorities about there being “no clear evidence of human-to-human transmission” of the virus.

Preliminary investigations conducted by the Chinese authorities have found no clear evidence of human-to-human transmission of the novel #coronavirus (2019-nCoV) identified in #Wuhan, #China🇨🇳. pic.twitter.com/Fnl5P877VG

The senator recommended “a hearing, along with a full investigation, to review whether American taxpayers should continue to spend millions of dollars every year to fund” the WHO once Congress is back in session in a month’s time.

Neither the WHO nor authorities in China have responded to Scott’s allegations. 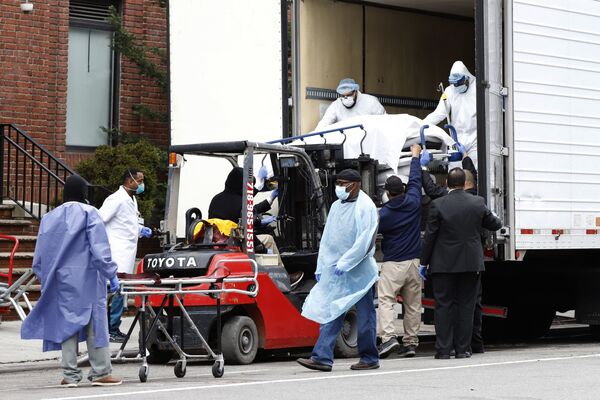 The senator’s remarks come amid numerous reports in Western media and statements by some officials this week accusing China of attempting to “cover up” the COVID-19 outbreak. Over the weekend, unnamed UK government officials told the Mail on Sunday that the Johnson government was “furious” with Beijing, and warned that a day of “reckoning” would one day come for China once the coronavirus crisis was over.

Earlier, Western media speculated that data on cremations and the shipment of cremation urns may indicate that China may have suffered “tens of thousands” of deaths from COVID-19, far greater than the officially confirmed 3,300+ cases. As evidence, media cited higher than normal cremation rates for late 2019, as well as photos of urns containing the ashes of the dead.

Chinese media blasted the speculation. On Monday, a pair of Global Times editorials accused the US and other Western countries of engaging in “utter nonsense” by claiming that China had engaged in a cover-up, and suggested these responses were a result of Western “frustration” over the fact that “China has got the epidemic under control, while US and European countries are being severely hit.” According to the newspaper, the “ruling and ideological elites in some countries” have resorted to scapegoating China in a bid to reduce public anger over their own handling of the outbreak.

The Global Times suggested that while China should expect to see further informational “attacks” in the coming months, it should “continue its prevention efforts and strengthen cooperation with other countries to cope with the pandemic” instead of paying them too much focus. 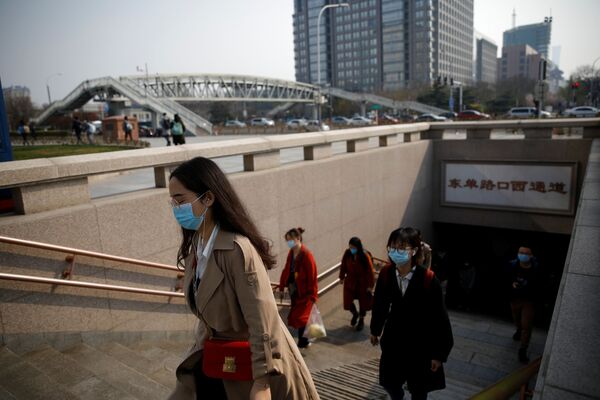 In recent weeks, United States and China have engaged in back and forth attacks blaming one another for the spread of COVID-19, with President Trump calling the outbreak “the Chinese virus” and a Chinese Foreign Ministry spokesman asking whether the US military covertly imported the new coronavirus to Wuhan. Multiple officials in Iran including Supreme Leader Ali Khamenei have similarly suggested that the COVID-19 outbreak may have been a “biological attack” by a mystery actor.