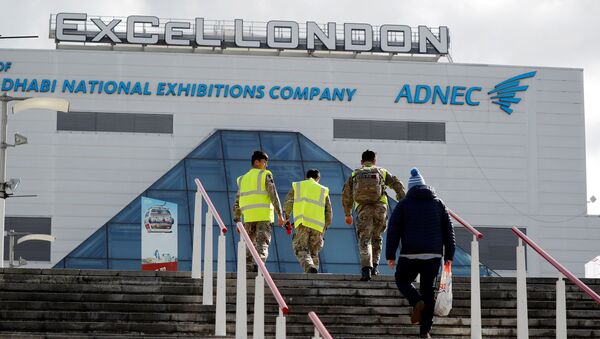 According to Johns Hopkins University, the number of confirmed COVID-19 cases in the United Kingdom currently stands at 25,499, with 1,793 fatalities.

A temporary hospital is opening at the ExCel Centre in London on Wednesday to admit patients recently infected with the coronavirus.

Called NHS Nightingale, the hospital will have more than 4,000 beds and will be the first of several temporary hospitals that are planned to be set up by the British government. Previously, similar projects were launched in Manchester, Birmingham and Glasgow.

As of 1 April, the number of confirmed cases of coronavirus in the UK has exceeded 25,400, with 1,793 deaths. 179 people have recovered, Johns Hopkins University says.