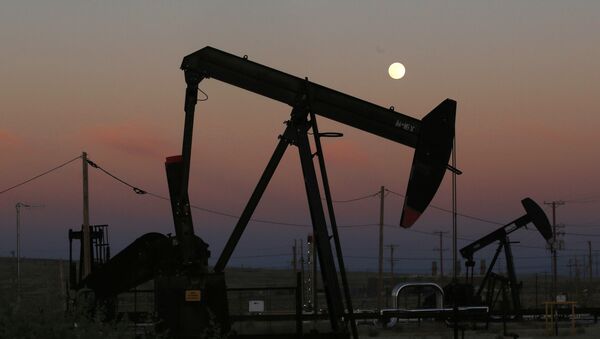 In March 2020, global oil prices have significantly dropped following uncertainty created by an ongoing coronavirus pandemic and the collapse of OPEC+ deal amid disagreements between Russia and Saudi Arabia over oil production cuts. Some believe that the trend will only worsen in April.

The global oil industry will be significantly transformed due to the “unparalleled demand destruction” this “apocalyptic” April will bring to the world, a number of experts from the energy industry told Bloomberg.

According to the analysts, the daily consumption of oil could plunge by 15-22 million barrels this month vs the same period last year. Some even warn that the price of Brent Crude Oil benchmark, currently traded at $25 per barrel, may reach a threshold of $10 per barrel. The situation would create an over-excess of oil with the world eventually “running out of space” to hoard the precious resource by the middle of 2020, HIS Markit, an analytics company, suggests.

“This will likely be a game-changer for the industry. It is impossible to shut down that much demand without large and persistent ramifications to supply,” Goldman Sachs Group Inc. analysts said on 30 March. They also noted that around 20 million barrels would already be going into storage daily this April.

Some reports have previously indicated that Venezuela, a country hit hard by US sanctions, has already run out of place to store its excessive oil resources and has started selling the “liquid gold” for $5 per barrel to meet the falling global demand and find buyers who are not afraid of being sanctioned by Washington.

On Monday, Dated Brent benchmark reached its lowest point since 2002, trading at $17.79. The development come amid uncertainty in the oil market and global economy created by the ongoing coronavirus pandemic that has taken the lives of more than 40,000 people around the world in the last three months.

Why US Better Stay Away From Russia-Saudi Oil Price War
The drastic fall in global oil prices was also exacerbated in March by a collapse of the OPEC+ deal after Russia and Saudi Arabia failed to agree on additional oil production cuts which Riyadh was pushing in order to compensate for the falling global demand. Following the end of the deal, Saudi Arabia officially announced that it would increase oil shipments in April to approximately 12.3 million barrels per day.
Newsfeed
0
Access to the chat has been blocked for violating the rules . You will be able to participate again through:∞. If you do not agree with the blocking, please use the feedback form
The discussion is closed. You can participate in the discussion within 24 hours after the publication of the article.
To participate in the discussion
log in or register
loader
Chats
Заголовок открываемого материала