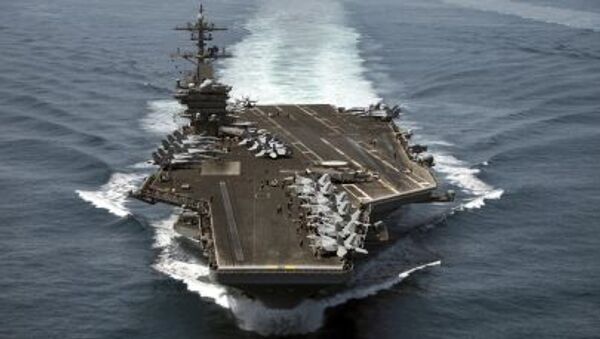 © REUTERS / U.S. Navy
Subscribe
As the COVID-19 outbreak onboard the US Navy aircraft carrier USS Theodore Roosevelt gets worse, its captain has penned a pleading letter to the Navy for enough resources to isolate his entire crew.

“Request all available resources to find NAVADMIN [Navy Personnel Command] and CDC [US Centers for Disease Control and Prevention] compliant quarantine rooms for my entire crew as soon as possible,” Capt. Brett Crozier, commanding officer of the Roosevelt, wrote in a four-page letter on Monday addressed to the Department of the Navy.

“This will require a political solution but it is the right thing to do,” Crozier said in the letter, which was obtained by the San Francisco Chronicle and printed on Tuesday. “We are not at war. Sailors do not need to die. If we do not act now, we are failing to properly take care of our most trusted asset - our sailors.”

Lawrence Korb, a senior fellow at the Center for American Progress think tank and former Pentagon official, told the Chronicle that “it is very unusual” for a captain to pen such a letter, as “it shows that this is a person who is putting the welfare of his sailors ahead of his career.”

The huge warship pulled into Guam last week after several cases of COVID-19 were identified among the 5,000-member crew. Two weeks earlier - about the time the virus incubates in an infected person’s body before they show symptoms - the vessel spent several days docked at the Vietnamese port of Da Nang, during which the crew went ashore and interacted with the local population.

Acting Secretary of the Navy Thomas Modly said at the time that every crew member would be tested for the novel coronavirus by a special Navy Forward-Deployed Preventive Medicine Unit. However, he gave no indication about what would happen after that.

The first sailors in which the virus was detected were transported ashore to the US Naval Hospital on Guam, an island in the Philippine Sea that is a US territory and which houses several large US military bases. However, with nearly 200 cases now identified on the ship, according to an anonymous source for the Chronicle, social distancing is both necessary and impossible in the cramped conditions in which sailors live and sleep, Crozier noted. 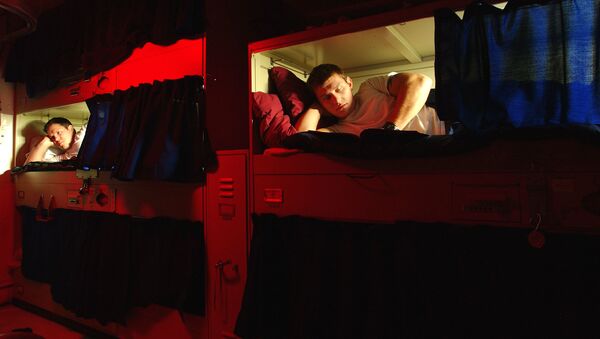 “Due to a warship’s inherent limitations of space, we are not doing this,” Crozier said. “The spread of the disease is ongoing and accelerating.”

Crozier noted the example set by the cruise liner Diamond Princess, in which early intervention and isolation slowed the spread of the virus to just 17% of the ship’s crew and passengers, while one study estimated that without isolation, it would have been 79%.

“Removing the majority of personnel from a deployed US nuclear aircraft carrier and isolating them for two weeks may seem like an extraordinary measure. ... This is a necessary risk,” Crozier wrote. “Keeping over 4,000 young men and women on board the [USS Theodore Roosevelt] is an unnecessary risk and breaks faith with those Sailors entrusted to our care.”

“In order to achieve these goals, a clean ship is required. Every sailor onboard must be guaranteed virus-free and the ship environment must be disinfected. One infected sailor introduced to the ship will spread the virus. Off ship lodging in compliance with CDC and NAVADMIN guidance is required for over 4,000 sailors to achieve a clean ship and crew.”

However, Crozier noted that roughly 10% of the crew will have to stay behind to tend to the Roosevelt’s nuclear reactors as well as handle the sanitization duties.

The USS Theodore Roosevelt, also called “TR” and “The Big Stick,” was commissioned in 1986 and is based out of San Diego, California. Several of the city’s naval bases have also identified COVID-19 cases, including among the crew of warships docked in the city, but the cases on the Roosevelt are the first in the Navy to be found at sea.