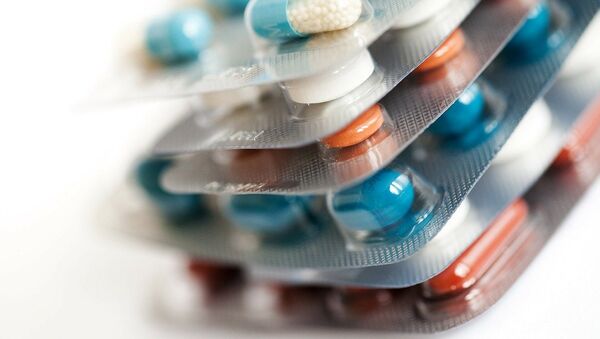 With a coronavirus mortality rate of over 10 and 7 percent respectively, Italy and Spain remain the worst-affected nations in Europe. By contrast, Germany has a death rate of merely 0.72 percent.

A major reason why relatively many coronavirus patients have died in Italy when compared to other European countries may be that they have been exposed to resistant bacteria, Norwegian writer and journalist Erik Martiniussen has suggested.

Martiniussen, a feature journalist and author of the recently published book The War Against Bacteria, noted an overuse of antibiotics in southern Europe.

“It is known that intensive care patients in general, regardless of what they are treated for, are at risk of being attacked by resistant bacteria, and in Italy they have major problems with antibiotic resistance, Martiniussen told Finnish broadcaster Yle.

Italy, Spain, and Greece are the countries in Europe where the most antibiotics are used in relation to the population, he stressed.

“They have also used too many antibiotics, not least in meat production. In pork production in Italy, several tonnes of our most important medicines are consumed, and this affects the bacterial flora. It will be a breeding ground for resistant extended-spectrum beta-lactamase (ESBL) bacteria that can also infect us humans”, Martiniussen suggested.

The situation in Scandinavia, including his native Norway, is much better than in southern Europe, as these countries have been reluctant to use antibiotics liberally. Therefore, they presumably have fewer resistant bacteria.

“Therefore, we can also hope that mortality among coronavirus patients will be lower here than in southern Europe, and there are good reasons to believe that”, Martiniussen said.

Martiniussen was supported by Anu Kantele, a professor of infectious diseases at the University of Helsinki. Kantele also suggested that Finland's comparatively low death rate of around 1 percent is largely due fewer resistant bacteria.

“You can imagine that it will remain like that. Of course we do not know. There are many things that are likely to affect mortality, but I imagine this thing means a lot”, Kantele.

The coronavirus attacks a patient's immune system that is later finished off by resistant bacteria, which can destroy stem cells in the lungs. This means that the lungs cannot heal and become healthy.

Martiniussen also referred to a Chinese study published in the scientific journal The Lancet, which suggested that more than half of a group of people who died after becoming infected by the coronavirus in Wuhan also had a secondary bacterial infection. At the same time, only one percent of survivors had such a bacterial infection. According to Martiniussen, more research is clearly needed to confirm the role of resistant bacteria.

As of today, Italy has the highest number of deaths from COVID-19 in the world, the disease caused by the novel coronavirus at over 11,500. The Mediterranean country also leads the world in the death rate at over 10 percent, way above the global average of 3.4 percent.

Together with the US, Italy and Spain have now become the main centres of the pandemic which broke out the Chinese city of Wuhan in December and has now reached almost every country on Earth. So far, it has infected more than 785,000 and killed over 37,800 people worldwide. Some 165,000 have recovered from the disease.