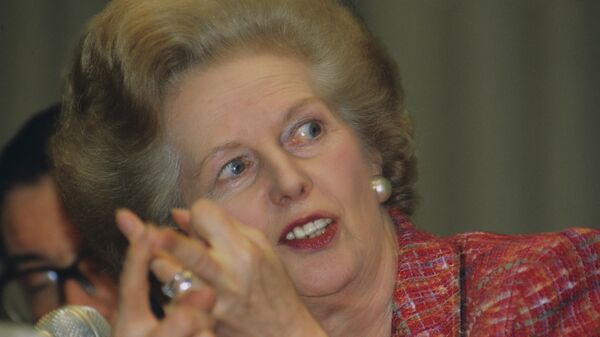 The Falklands War, a 10-week undeclared conflict between Argentina and the United Kingdom, broke out in April 1982 over two British dependent territories in the South Atlantic. However, it appears, the Argentinian threat was not the only one that Downing Street had to counter at the time.

A Cabinet file cited by the Express has revealed that at some point back in 1982, the UK, headed at the time by Margaret Thatcher, was on the brink of fighting two Latin American nations simultaneously - Argentina, who was in a war for the Falkland Islands, and Guatemala, who had laid claims to former British colony Belize.

With no army of its own, Belize relied on a garrison of 1,500 British troops, supported by a detachment of six RAF Harrier jump jets, to deter any Guatemalan aggression.

The garrison was earmarked to be withdrawn in June 1982, some time after a military coup in the Latin American nation in March that saw General Rios Montt take power.

“The situation in Guatemala is still unclear, although the junta do appear to be in full control of the country", Foreign Secretary Francis Pym wrote to the PM on 9 April, proceeding to suggest that "we should agree now to defer the withdrawal date [of the British garrison] to 21 September".

What further added to Downing Street's worries at the time was a report from the British Embassy in the Venezuelan capital Caracas issued on 14 April suggesting that an invasion of Belize was imminent citing Montt’s hardline stance.

"The Venezuelans had received reports that the new Guatemala government, which was well viewed by Venezuela, was considering moving against Belize", the report stated, going on to alert the British government that should this happen, “Venezuela would be compelled to support them.”

Two days later, at a meeting of the Chiefs of Staff, Mrs Thatcher instructed the command to make sure that the military could reinforce the garrison in the event of a military attack there while at the same time conducting operations against the Argentinians in the Falklands.

The latter - undeclared - war between the UK and Argentina for independent territories - the Falklands, South Georgia, and the South Sandwich Islands, cost some 650 Argentine and 253 British dead and did not settle the dispute: the Falklands are still a stumbling block in the countries’ relationship.

After the destroyer HMS Sheffield was hit by an Exocet missile off the Falklands in May 1982, Thatcher wrote to Belize's Prime Minister George Price telling him that the British garrison would remain there for some time and promising “to watch developments with Guatemala closely”. Britain only ended its military presence in Belize, which had gained independence in 1981, in 1994, with its garrison replaced by a small British Army training unit.