Monkey Attacks on People Are a Sign of Biblical Plague, Rabbi Claims 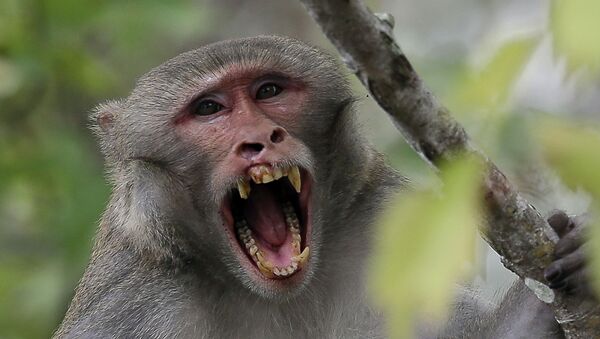 © AP Photo / John Raoux
Subscribe
In February, another rabbi and bible scholar claimed that the Torah predicted the COVID-19 outbreak. Using the Bible Code, Matityahu Glazerson extracted secret messages warning against eating impure food, a reference to the first cases of the virus that occurred in people who shopped at a Wuhan market selling bats, snakes, rats, and other animals.

Attacks by monkeys on people are a sign of a biblical plague, claimed rabbi Yosef Mizrahi during a recent lecture in New York. Mizrahi said that a verse in the book of Deuteronomy, the fifth book of the Jewish Torah, is related to recent events in Thailand, where monkeys have become aggressive and started attacking pedestrians demanding food.

The Rabbi referred to the verse 7:22 in Deuteronomy, which warns that people who break God’s laws will be struck by plague. During his lecture, Mizrahi said that Thailand is often a major tourist attraction for people, as “there are lot of not modest things going on there”, apparently referring to the fact that the country is in the top list of countries visited for sex tourism.

"Hashem your God will dislodge those peoples before you little by little; you will not be able to put an end to them at once, else the wild beasts would multiply to your hurt", reads the passage.

These days, the streets of Thailand are empty due to the outbreak of the coronavirus and monkeys that are usually fed by tourists have to roam in search for food. Mizrahi said that this has angered the monkeys, which have started attacking people demanding food from them.