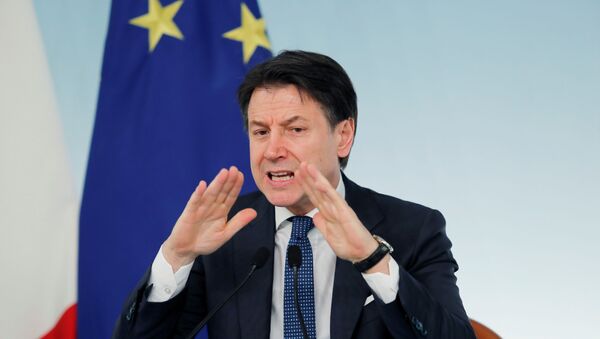 Italy has been hit hardest in Europe by the coronavirus pandemic. The death toll in the southern European country has exceeded 10,000, as local authorities confirmed 889 new deaths from the disease over the past 24 hours.

Italian Prime Minister Giuseppe Conte during a news conference on Saturday announced that he had approved a new set of measures aimed at supporting those most affected in the coronavirus pandemic, including the provision of shopping vouchers and food packages.

Conte said his government will immediately provide governors with 4.3 billion euros ($4.79 billion) to meet the needs of citizens in their states. He also said that there will be another 400 million euros dedicated for funding “people who don't have the money to do their shopping”.

Earlier this month, the Italian government allocated a 25-billion-euro stimulus package to slow the coronavirus outbreak in the country and promised another with at least the same amount in April.

Speaking at the press conference, the Italian Minister of Economy and Finances, Roberto Gualtieri, slammed Ursula von der Leyen, the president of the European Commission, for appearing to dismiss the need for the issuance of common debt by European Union countries.

“The commission president's words were a mistake and I regret that she made them,” Gualtieri said, according the Reuters. He added that Europe would need "a great Marshall Plan" to relaunch its economy after the coronavirus pandemic plays out.

As of Saturday, Italy’s Ministry of Health had confirmed 92,472 cases of the disease in the country since the start of the outbreak, resulting in 10,023 deaths.