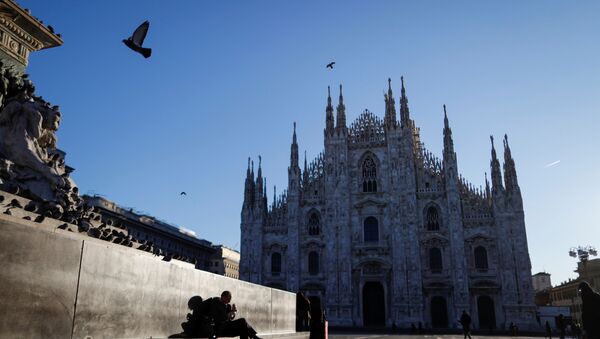 Tirelli has previously called on Moscow to send humanitarian aid to southern Italy to combat the ongoing outbreak. He stated that social activists and veterans in Crimea responded to the call and prepared a package of 2,000 respirators at their own expense, as well as protective suits, glasses, gloves, and antiseptic materials.

“I ask President Putin, Prime Minister Mishustin, and members of the Duma to at least allow the delivery of this last shipment to southern Italy. I am asking for my southern neighbors,” Tirelli stated.

In early March, the Russian government imposed a temporary ban on the export of numerous items of medical equipment, including protective masks, in light of the COVID-19 pandemic. The ban is in force until June 1 but does not apply to humanitarian aid, pending the government’s decision.

“I think that this is only legal opportunity to do this,” Tirelli stated.

“The invaluable help provided by Moscow is a precedent that we do not intend to take in vain. But the current situation is unprecedented. The delivery of aid from individuals will forever change the relationship between our countries, at least in this extreme situation. We expect the final lifting of sanctions, which seem particularly barbaric after the arrival of 15 airplanes in Italy with equipment and medical specialists for our salvation,” Tirelli remarked.

Russia has sent 15 aircraft and dozens of specialists to Italy, along with diagnostic equipment, to help curb the spread of COVID-19 in the country.

As of 17:00 GMT on Saturday, Italy’s Ministry of Health has confirmed 92,472 cases of the disease in the country since the start of the outbreak, resulting in 10,023 deaths.