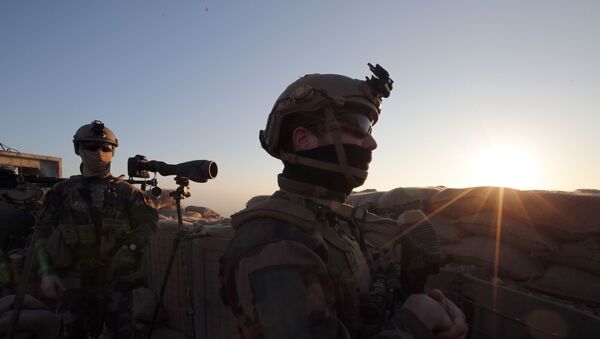 MOSCOW (Sputnik) - France’s decision to withdraw its troops from Iraq under pretext of the pandemic may result in other nations taking the same measures, which eventually could lead to Daesh regaining its positions in the unprotected Middle East country, analysts claim.

On Wednesday, the withdrawal of the French military contingent from Iraq was reported by the Iraqi military command. Paris has confirmed the decision, citing the COVID-19 pandemic as the reason, and announced that the military would be engaged in an anti-coronavirus operation called Resilience back home.

Fight Against Daesh Far From Being Over

The United States, which is in the process of “disengaging” from Iraq, and Germany, together with other European countries, could also withdraw its troops from Iraq following France’s announcement, despite the continuing fight against Daesh* and the organisation's “sleeper cells” being active in the Middle Eastern region, experts representing the French Institute for International and Strategic Affairs (IRIS) have said.

“The situation in Iraq is still worrying. I am one of those who believe that ISIS [Daesh] was considerably weakened by its military defeats, but it’s not dead. ISIS [Daesh] still has clandestine, or 'sleeping' organisational structures… The battle against ISIS [Daesh] is not complete. And that is why the French decision is problematic, because if France made such a decision, it means that other military forces on the ground in Iraq could do the same. We know that the US is already in the process of disengaging, there are just some European states, including Germany, that have their troops there, who can now do the same", Didier Billion, the deputy director of IRIS, says. 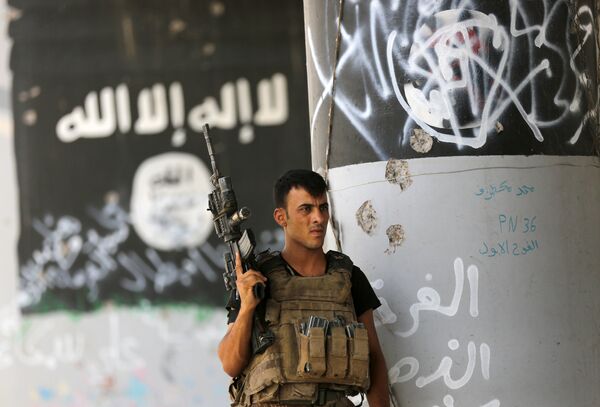 According to IRIS researcher Brahim Oumansour, who specialises in the Middle East, the withdrawal of foreign troops from Iraq could lead to an increased number of terror attacks in the country.

“We must keep in mind the direct and indirect consequences of this withdrawal, which symbolically could encourage ISIS [Daesh] or affiliated groups to re-establish itself in Iraq, or make it profit from the current circumstances … as [the Iraqi] government is further weakened by the current health crisis, [IS] can carry out terror attacks targeting sensitive places", Oumansour explains, adding that stability in Iraq would be under serious threat if the international coalition were to leave the country.

French Withdrawal Insignificant for Situation on Ground in Iraq

Both experts highlighted the fact that France only had roughly 200 troops stationed in Iraq, and they were mainly involved in the training of the Iraqi Army, meaning that their withdrawal would not seriously affect the situation on the ground. However, according to Billion, the withdrawal represents a change in France’s priorities.

“I think that from the military point of view, in terms of the balance of power on the ground it will not change much. On the ground, the French troops consisted mostly of the Special Forces and military consultants, training the Iraqi Army. It is not good news, but it will not change much. But it is more of a political rather than strictly military question. The signal sent by France to bring its men back to the national territory is a priority indicator", Billion said.

Oumansour argued that France’s decision might mean a long-term change of strategy after tensions increased in the region following the assassination of Qasem Soleimani, a prominent Iranian military commander, by US forces in Iraq in early January 2020. 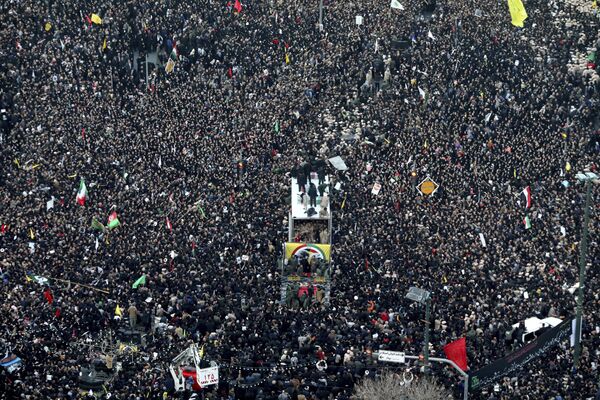 Coffins of Gen. Qassem Soleimani and others who were killed in Iraq by a U.S. drone strike, are carried on a truck surrounded by mourners
© AP Photo / Mohammad Hossein Thaghi

“This pandemic adds to the diplomatic crisis, to diplomatic tensions between Washington and Tehran, which escalated in Iraq after Soleimani’s assassination by US forces. We must also remember the vote of the Iraqi Parliament, asking for the withdrawal of foreign forces, mainly the US forces… So this withdrawal could be a sign, or a step toward a long-term change of strategy in Iraq – limiting the presence of forces on the ground and directly supporting it by training the army, providing equipment and arms instead of a direct presence", Oumansour added.

According to the experts, the spread of COVID-19 in France is being used as an excuse to bring troops back from Iraq because 200 soldiers will not make a big difference in the battle against the coronavirus.

“I do not believe it is really the case. France has enough soldiers, who are in France and not abroad, who can play a real positive role trying to tackle the pandemic we are all victims of. If the French Special Forces that are in Iraq are repatriated, and they are now, they will not be the most effective ones", Billion said.

According to Oumansour, 200 soldiers cannot change “anything” in France or play a vital role in confronting the virus.

As of Saturday, France has confirmed 32,964 coronavirus cases and 1,995 fatalities from COVID-19. Some 5,700 people have fully recovered from the disease.

*Daesh, also known as ISIS/IS/Islamic State, is a terrorist organisation banned in Russia and other countries.