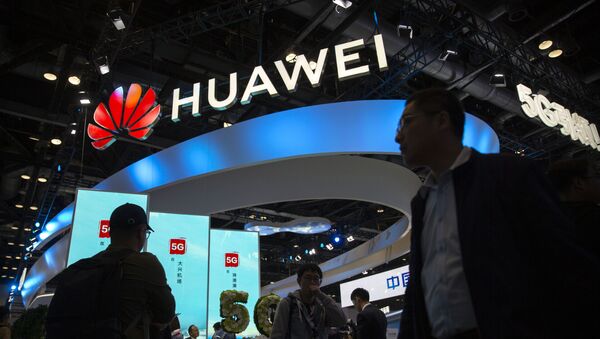 Oleg Burunov
All materialsWrite to the author
China unveiled the new IP-related proposal in the form of a PowerPoint presentation due to the ongoing COVID-19 pandemic, which has already hit at least 199 countries worldwide.

The Chinese tech giant Huawei has offered the UN’s International Telecommunication Union (ITU) a technology that may drastically “change the way the internet works”, according to the Financial Times (FT).

The proposal was made together with the state-run companies China Unicom and China Telecom, as well as and the country’s Ministry of Industry and Information Technology (MIIT).

In a PowerPoint presentation obtained by FT, Huawei announced that parts of the new internet architecture-related technology are already being built and due to be tested by early 2021.

During the presentation, the company specifically referred to shortcomings of the current network infrastructure based on the Transmission Control Protocol (TCP) and Internet Protocol (IP).

Huawei slammed the infrastructure as “unstable” and “vastly insufficient” in order to meet the technical requirements of the digital world by 2030, suggesting instead that the ITU should take a “long-term view” and “shoulder the responsibility of a top-down design for the future network”.

The Chinese tech giant rejected concerns by the UK, Sweden, and the US that the new network structure would allegedly split the global internet and provide state-run internet service providers with control over citizens’ internet use.

“The research and innovation of New IP is open to scientists and engineers worldwide to participate in and contribute to”, Huawei underscored, touting it as a “more dynamic IP addressing system”.

The standardisation of the New IP is expected at a major ITU telecommunication conference in India scheduled for November. The new internet structure-related proposal is being rolled out as the world remains in the grip of the novel coronavirus pandemic which has already killed more than 27,000 people in 199 countries.

Huawei, in turn, is still grappling with Washington’s crackdown which kicked off in May 2019, when the US Department of Commerce prohibited internet providers from using Huawei products and US tech companies from selling technologies (hardware and software) to Huawei without obtaining a special license first.

The US claims that the company is collaborating with the Chinese government to allow the latter to spy on those who use the tech giant's equipment, allegations that have been rejected by both Beijing and Huawei.