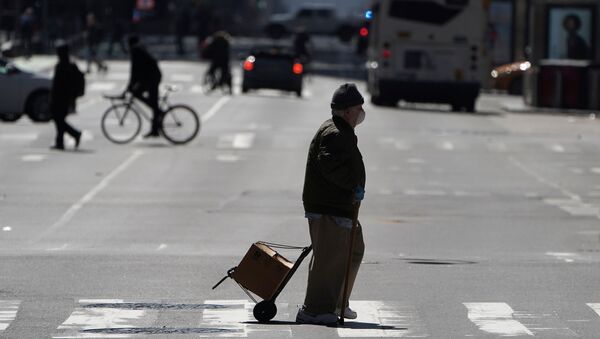 The Covid-19 pandemic has dealt a heavy blow to globalisation, and the world after the coronavirus is unlikely to be the same: states and nations may again become paramount in European politics, at the expense of supranational structures.

The phenomenon of de-globalisation is not new but the coronavirus has virtually paralysed the movement of goods and people, probably marking the end of globalisation as we know it. The economic effects of the coronavirus are visible to all, but how will the political paradigm change once the pandemic if over?

Marco Gervasoni, professor of Contemporary History at the University of Molise and co-author of “Coronavirus. The End of Globalisation”, has offered his views on the matter.

Sputnik: What is the main message of your book?

Marco Gervasoni: My colleague Corrado Ocone and I wrote this book still in the early stages of the crisis, before the whole of Italy was declared a red zone. The first part is written by me, the second one by Ocone, the introduction is common. The colleague's part focuses on the crisis of globalist ideology, while in my part I hypothesise that the coronavirus crisis marks the end of globalisation as we have known it since the 80s until today.

From a political, economic and cultural perspective, the coronavirus crisis will force us to return to the nation-state. This idea was confirmed by the decision to suspend the Schengen, to close the so-called external European borders. This shows that when you live in a life-threatening situation the only form of defence lies within the nation and not supranational entities.

Sputnik: The coronavirus has paralysed the movement of goods and people. In fact, the globalisation is already facing a major challenge, is it not?

The term “de-globalisation” has been used for over a year, especially in the foreign press. Coronavirus is accelerating this process, and there is likely to be a trend for European companies to return to Europe or leave China. I foresee a return of the national dimension. We have seen the collapse of Europeanist ideology. Even the idea of suspending the Stability [and Growth] Pact is a widely accepted recognition of failure because a supranational structure can’t tell a legitimate government how much it can spend in emergencies.

Sputnik: We have seen the effect of the pandemic on the economy: Italy is in recession. Is it possible to say that this period of crisis also marks a historical change?

Marco Gervasoni: The coronavirus demonstrates the weakness of liberalism, which seems to work only in moments of peace and prosperity. When there is danger, liberalism no longer works. European countries are now in a state of siege, we cannot leave our homes, we are stopped by the police in the street – this is something that no liberal state could ever tolerate. But we endure this because life is in danger. 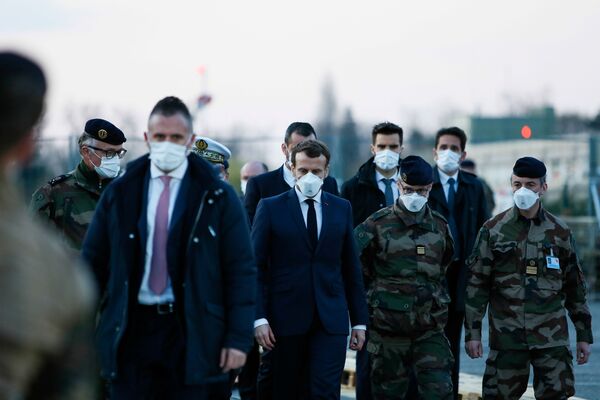 French President Emmanuel Macron wears a face mask during his visit to the military field hospital outside the Emile Muller Hospital in Mulhouse, eastern France March 25, 2020, during a strict lockdown in France to stop the spread of the coronavirus disease (COVID-19).
© REUTERS / POOL

It is easy to predict that in deeply secularized societies there will be a return to religion. Although churches have been closed and religious manifestations prohibited, there are signs of a return to religion. This is nothing particularly new for those who know the history: when one is afraid to die, one returns to fundamental values, including religion, motherland and national community. And there is no such value as globalism.

Sputnik: Italy is one of the countries in the world with the most coronavirus victims. Why do you think that is? How is the government dealing with this situation?

Marco Gervasoni: I think the actual number of victims in China is much higher than the official figures. But I also think that the Italian government made many mistakes, it has underestimated the problem also for ideological reasons. While the governors of Lombardy and Veneto had asked to close the borders and prevent entry, the government, instead of closing, ridiculed the governors' actions accusing them of racism and launched slogans such as “embrace a Chinese”, “Milan starts again”. The ruling alliance of the Democrats and the Five Stars Movement is to blame for underestimating the scale of the problem, something we have also seen from other progressive governments such as Macron’s government in France. However, non-progressive governments – like Johnson's and Trump's – in the UK and the USA did the same, but their underestimation did not occur for ideological reasons. Now they are changing their strategy because they have also made a mistake.

The Italian government has made several communication blunders, for example when it announced the closure of Lombardy on the eve of its closure, prompting many people to leave the region and return to the south. Many infected in the south are relatives of those who fled Lombardy. 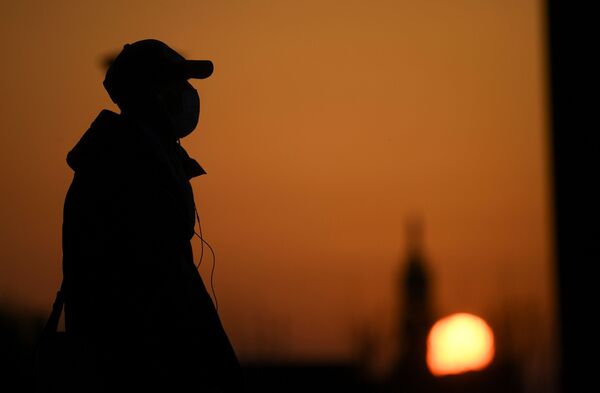 A person wearing a face mask is seen at the sunset as the spread of coronavirus disease (COVID-19) continues, in Milan, Italy March 21, 2020
© REUTERS / DANIELE MASCOLO

This government has shown great vulnerability. The Prime Minister is now secretly arranging for Italy to join the stab fund for saving states, which would actually bring the European troika to Italy. In my view, this is a completely inadequate government that as soon as the emergency situation is over should be replaced by a real public health government led by a credible and independent personality, supported by the main political forces.

Sputnik: Today, all countries and economies are interdependent. How do you think it is possible to return to nation-states? How will each country develop independently?

Marco Gervasoni: In reality, economies have always been interdependent, even before the European Union and the EEC. History does not begin with the European Union. It will not go back to old models, but to models where the centre of the decision falls on the national government, as it does in Russia and the United States. These are governments that have full sovereignty. The problem is that countries have ceded some of their sovereignty since the Maastricht Treaty, and now we see that it has to be returned.

Our idea is to create a Europe of nations instead of a superstate or a kind of federal state. There may also be scenarios for the dissolution of the European Union; some countries may leave the Euro or the European Union. Several scenarios can be implemented even in a shorter time than you can imagine.

This crisis showed that the omnipotence of the economy was something ideological: for years we have been told that national governments can no longer make decisions, that finances decide everything and that resources were lacking. Then we saw that national governments can nationalise, that there is money for financing hospitals. The idea is for the supreme authority to move from finance back to politics. These are interesting, but difficult changes, because part of the European political class, some parties on both the left and the right, are linked to the world of finance. The categories of left and right will also disappear, other alliances will be formed. There will be a complete change of political paradigm that I would compare to the period after the First World War.