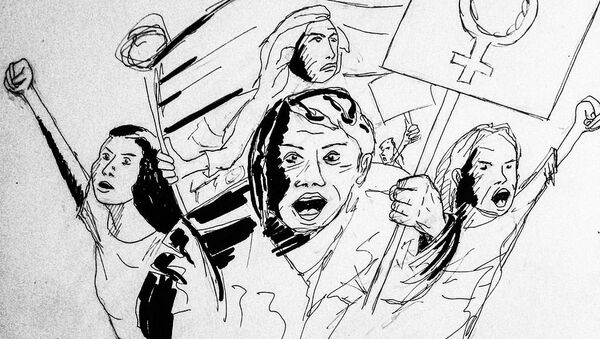 According to the recent report by the Swedish security service, the threat of Islamist extremism has been waning, as opposed to that of right-wing extremism. The latter, however, has been expanded to include, among others, anti-feminism, animal rights activism and climate activism, which raised many eyebrows.

In a recent annual report by the Swedish Security Police (Säpo), the internal “right-wing extremism”, whose definition has been greatly expanded, has been identified as a major threat.

In its new yearbook, Säpo claimed that the terrorist threat from violent Islamists is waning across the Western world, as opposed to that from right-wing extremists, fuelled by “influence campaigns” from Russia and China. The “extremists” are said to be radicalised by violent propaganda on the Internet and in social media.

“It is a development that is supported by foreign power and which serves to increase polarisation in our society. Several individuals are radicalised via the Internet on the basis of racism, xenophobia and other conspiracy theories”, Säpo chief Klas Friberg told national broadcaster SVT.

Säpo accused Russia of intelligence activities against Sweden and using economic means, such as strategic purchases, in order to increase polarisation in society and undermine it. Russia was also claimed to have “extremist groups” in Sweden, who work as proxy agents to convey its message. A major emphasis in the report was put on unfounded allegations, such as that Russia has interfered in other countries' elections.

China, by contrast, was alleged to carry out advanced cyber espionage to promote its own economic development and to develop its military capabilities.

“What we have seen lately is how the Chinese intelligence threat has increased and is now on a par with Russia's,” Säpo senior analyst Kennet Alexandersson said.

In the yearbook, Säpo also took the initiative to broaden the definition of “right-wing extremism”. According to senior analyst Ahn-Za Hagström, the values of “violence-promoting right-wing extremism” are much broader than “racism and xenophobia” and allegedly include nationalism, resistance to LGBT activism and criticism of feminism.

Furthermore, Hagström lambasted internet free speech as a major problem. According to Säpo, the digitalisation of society has facilitated the spread of what it considers “extremist” propaganda. An example of such messaging is that society has changed, with phrasings like “the country we once knew is gone” and “politicians have lost their grip”.

“I cannot stress enough the importance of the internet for violent extremism. New digital platforms provide completely different conditions for communication and opportunities to find like-minded individuals. This is where they are inspired and express their affiliation and allegiance to the leader, movement or vision,” Hagström noted in the report.

This is not the first time reports by Swedish security institutions, such as Säpo or Military Intelligence and Security Service (Must), feature Russia and China among alleged threats. The “Russian threat” was also utilised by the Swedish top brass, including Defence Minister Peter Hultquist to justify a spate of military beef-ups, including a massive budget hike, a re-militarisation of the Baltic island of Gotland and a return of conscription.

​“Säpo, now a proud member of the activist government left”, another one scoffed.