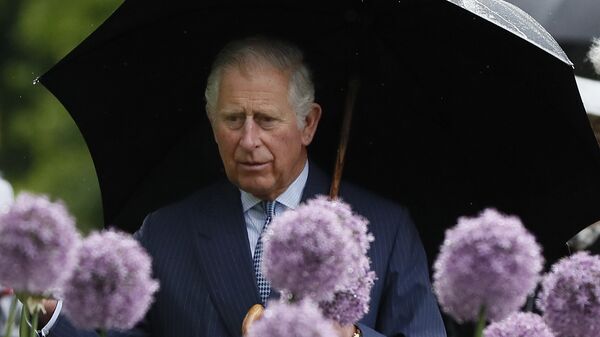 Earlier, Clarence House confirmed that Prince Charles, 71, had tested positive for the new coronavirus infection and was displaying mild COVID-19 symptoms, while his partner, the Duchess of Cornwall, does not have the virus; the couple is now in self-isolation at their stately home in Scotland.

Clarence House posted a video on Instagram stories on Thursday of the Prince of Wales, seen for the first time since testing positive for COVID-19, as he and wife, the Duchess of Cornwall, expressed support for National Health Service workers.

The footage showed the two giving a round of applause to the NHS staff for their efforts amidst the coronavirus pandemic, with Prince Charles, 71, seen from the window of his Scottish home, Birkhall, Aberdeenshire, standing in front of a wall of artwork.

The Prince of Wales has been seen for the first time since testing positive for #coronavirus, as he and Camilla also showed their support for NHS workers: https://t.co/sxw86o7IZN

​On Monday, the Duchess of Cornwall was also tested for coronavirus, and received an all-clear.

The footage honouring the efforts of the NHS workers comes as other royals have also been showing similar support by clapping.

To all the doctors, nurses, carers, GPs, pharmacists, volunteers and other NHS staff working tirelessly to help those affected by #COVID19: thank you.#ClapForOurCarers #ClapForNHS pic.twitter.com/XnaUPJyDoX

​A video was released by the Duke and Duchess of Cambridge, showing their children, Prince George, Princess Charlotte and Prince Louis clapping in the garden of their home, while footage was also released of the Earl and Countess of Wessex clapping together with their daughter, Lady Louise Windsor, 16, and son, James, Viscount Severn.

Earlier, Queen Elizabeth II, 93, shared a video of the royal household putting their hands together and playing music at Windsor Castle.

Earlier in the week, Clarence House confirmed that Prince Charles had tested positive for the new coronavirus infection, after the apparent heir to the British throne met with Prince Albert of Monaco two weeks ago, who has also been infected with the virus.

A spokesman was quoted by The Guardian as adding that Prince Charles had been displaying mild symptoms but "remains in good health", after tests were carried out by the NHS in Aberdeenshire.

The outlet reported that in accordance with Government and medical advice, the Prince and the Duchess are now in self-isolation at home in Scotland.

Reuters quoted a royal source as saying that the last time Prince Charles saw Queen Elizabeth was on 12 March.

The Prince and the Duchess are now in self-isolation at their home in Scotland.

On 26 March, while giving no definite update on Prince Charles’ health, Clarence House announced that the heir-to-the-throne had resumed work, conducting meetings by phone and video conferencing.

Her Majesty Queen Elizabeth II and her husband, the Duke of Edinburgh, 98, are currently residing at the Berkshire palace.

In the wake of the announcement that the heir to the throne had tested positive for coronavirus, Buckingham Palace issued a statement:

"Her Majesty The Queen remains in good health. The Queen last saw The Prince of Wales briefly after the investiture on the morning of 12 March and is following all the appropriate advice with regard to her welfare.”