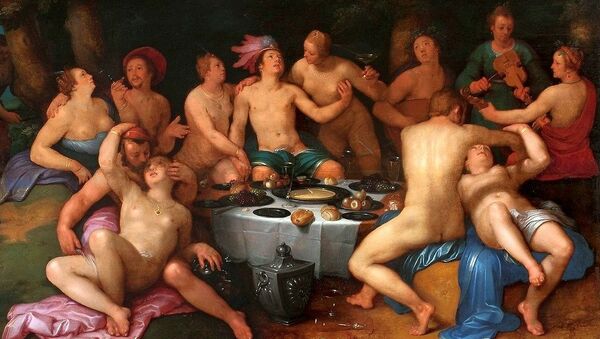 With more than 4,000 coronavirus-related deaths, Spain is Europe’s worst-hit country after Italy. The country has been under a near-total lockdown for about two weeks now as the government is grappling with a growing number of infections.

Police have broken up a sex party in Madrid for flouting coronavirus restrictions and public nuisance laws.

The cops broke into a house in the Tetuan neighbourhood in the northern part of Spain's capital last Saturday after neighbours complained about a days-long party with loud music and people coming in and out of the property.

They found disco lights, alcoholic drinks and traces of tobacco, as well as four naked people, four women and two men, in different rooms, according to local media. Police did not rule out that the house may have been a brothel.

It emerged that one of the women was the only tenant registered at that address, which means all other revellers have violated the nationwide ban on leaving home except for buying essential supplies or for work. The tenant was reported for noise pollution, and the other five for breaking the quarantine, Madrid’s police reported on Tuesday.

A similar incident took place over the weekend in Barcelona, where undercover officers arrested eight people for organising a multiple sexual encounter in a flat in the city centre. They were found to have been sipping on a cocktail of drugs that included cocaine and ecstasy.

According to figures from Spanish health officials, there have been over 57,700 cases confirmed across the country as of Thursday, with roughly 60 percent of all cases registered in Madrid. The pandemic has killed 4,368 people, while 7,015 have recovered. Only Italy, at around 8,200, has more fatalities from the pandemic.

Spain closed its land borders on 17 March, with a few exceptions, and mandated that all residents stay at home except to purchase food and medicine, go to work if they cannot work remotely, or attend to emergencies. Most non-essential businesses have been closed.

The government plans to roll out a massive testing programme, which would involve robots able to carry out 80,000 tests a day in a bid to reduce medics’ exposure to the virus.