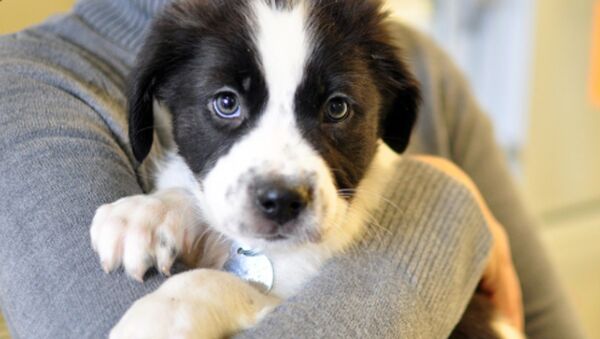 Victoria Teets
All materialsWrite to the author
The global COVID-19 pandemic has created massive shortages of home necessities and protective medical gear. Although these types of deficits are adverse, there is one increasing shortage that is incredibly positive - a lack of pets to foster and adopt.

Nevermind the toilet paper and hand sanitizer - people nationwide are now “stocking up” on pets. Animal shelters across the United States have recently seen a surge in adoptions and fosters as a result of people wanting companionship while home alone amid mass social distancing and stay-at-home orders. As schools, public areas and nonessential businesses close, and people increasingly work from home, many have finally found themselves with enough time to bring a pet into their lives.

New York City has had one of the sharpest increases in pet adoptions and fosters. Known as the epicenter of the novel coronavirus outbreak in the US, the Big Apple has been under a shelter-in-place order since March 22.

According to Bloomberg, Muddy Paws Rescue and Best Friends Animal Society have reported that the shelters they work with are already out or nearly out of cats and dogs after a nearly tenfold surge in applications within the past two weeks. Muddy Paws Marketing Director Anna Lai stated that “for the moment we definitely don’t have any dogs left to match,” which she went on to say is a “great problem to have.”

This trend seems to be going nationwide as the number of stay-at-home orders increases. The American Society for the Prevention of Cruelty to Animals stated that its Los Angeles, California, office has seen a 70% increase in animals going into foster care.

In Pennsylvania, cities such as Philadelphia have seen animals fostered at “unprecedented” rates amid the coronavirus crisis, with the demand only expected to grow, according to the Philadelphia Inquirer. Maddie Bernstein, the foster coordinator of the Pennsylvania Society for the Prevention of Cruelty to Animals, said the organization usually receives three to five foster applications a week. Now, she is receiving about 40 a day.

In a statement given to the Inquirer, Bernstein said that “the outpouring of fosters applications has just been insane, in a good way,” adding that “the more animals we have in foster care, the more space we have at the shelter to help other animals still in need."

With all the devastation the pandemic has caused, it is heartwarming to see something positive come out of it.