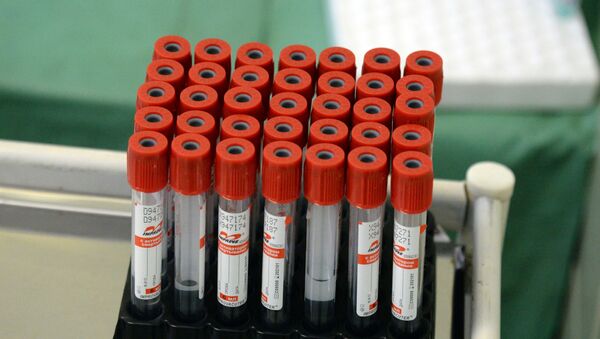 The United Kingdom could be introducing at-home test kits for coronavirus beginning next week, a director for Public Health England said on Wednesday.

The tests would take as little as 15 minutes to conduct and determine if a patient has previously had the virus but not if they currently are positive for the disease.

A finger prick will and a drip of blood will be need for analysis, such as a blood glucose test.

"Several million tests have been purchased for use," said professor Sharon Peacock, director of the country's National Infection Service.

"These are brand new products. We have to be clear they work as they are claimed to do", she added.

The test kits will be available fat pharmacies and can be delivered through Amazon, the government has announced.

“Once they have been tested this week and the bulk of tests arrive, they will be distributed into the community", Peacock said.

The test will detect if a subject has the antibodies IGM, which emerge in the early stages of infection, and IGG, which increases as the body respond to the virus present in the person's system.

Director-general of the WHO, Tedros Adhanom Ghebreyesus, has said that it is only possible to stop the virus if those who are infected with the virus are identified.

Over 8,000 confirmed cases of the virus have been confirmed in the UK, and 400 deaths have been reported, British health officials have said.

000000
Popular comments
Too little too late. Like ration books that should have been prepared for ready use in January 2020.