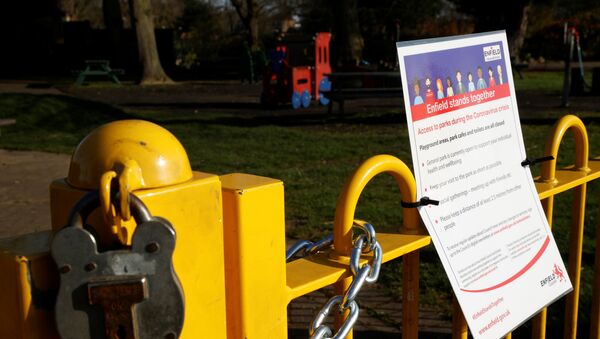 Neil Clark
All materials
The UK government was asleep at the wheel when it came to the danger of COVID-19 spread, but now seeks to pass the blame on to the general public for having to introduce draconian restrictions on personal movement.

‘It’s very selfish’ was the Health Secretary Matt Hancock’s response to those who have ignored the UK government’s advice on the spread of the new Coronavirus.  A target for the ire of the government and its supporters were those who took the opportunity of a lovely sunny weekend to head to the countryside and the coast. People who went out for excursions on Sunday have been labelled ‘Covidiots’. Photos of families in parks and beauty spots were shown almost everywhere and clearly we were meant to disapprove.

But let’s have some much-needed context.

Just two weeks ago, the UK government seemed to be following a laissez-faire ‘herd immunity’ approach to Coronavirus. The Cheltenham horse-racing festival, which attracted an overall attendance of 251,000 for its four days (myself included), was given the green light to go ahead.

Large outdoor public gatherings were fine. They were safe, we were told. Then there was a U-turn. But although schools and nurseries were closed across the country (despite children being very low-risk), flights have continued unchecked from COVID-19 hotspots - and internally too from areas where there are lots of cases - to ones where there are much fewer. Can people be blamed for thinking that the UK government doesn’t really know what it’s doing, when their advice has been so inconsistent and at times totally contradictory?

A further point: If you‘ve been stuck in the UK since November, it’s been a long old winter. Not particularly cold, but very grey, very wet and very gloomy. So you can understand people wanting to head to the country and the coast- and to their local parks on the first really nice weekend of the year- which coincided with the start of spring and Mother‘s Day. Yet bikers, hikers and perambulators have been lambasted as if they were criminals.

Don’t get me wrong- some members of the public have behaved like blockheads these last few days. Those who have gone out and bought up all the toilet rolls from the local supermarket for instance.

If you lived in an area where COVID-19 cases were much higher than the national average (eg London) and headed to another town without a compelling reason, you probably were very selfish, but that can’t be applied to everyone who was out and about at the weekend. Neither can it be applied for that matter to all those seen packed like sardines on London Tube trains. Lots of people still have to go to work in the capital and the crowding has been made worse by the Labour Mayor Sadiq Khan reducing services. Surely the logical thing would have been to put on more trains so people had more space?

Instead of focusing our anger on the governing elites-and in particular their failure to stop flights from China, Iran and Italy at the right time- and introduce strict quarantine measures for anyone who had recently been to those countries, we’re being encouraged to direct our wrath toward fellow citizens who saw the sun shining and thought ‘let’s go out for a few hours’.

The positive contribution that sunlight- the best natural source of Vitamin D- makes to the immune system is also being ignored amidst all the attacks.

It’s not hard to see what the strategy is here. To let the British government, full of ’brilliant minds’ from the very best universities off the hook for their negligence and general incompetence, while we wag our fingers at those ‘plebs’ who went to Skegness for fish and chips and a bit of sea air.

The UK authorities -like others in Europe- had a two to three week window to prepare for COVID-19 once the Chinese had gone public about the virus in late December/early January. But the time was wasted. Where were the orders for extra ventilators? Where were the testing kits? Where was the national plan?

Let’s face it- Tony Hancock would have done a better job as Health Minister than Matt Hancock has.

​Now, because of this earlier inaction, the government has felt obliged to impose a lockdown the likes of which has never been seen in our history- though it still doesn‘t include flight bans!  When one reads Establishment-friendly commentators fawning over Johnson and co for the way they’ve been handling the COVID-19 spread one is reminded of a  scene from the ‘Sons of the Sea’ episode of the classic sitcom Dad’s Army. Captain Mainwaring takes over a boat, and largely thanks to his lack of nautical skills, the platoon end up in what they think is enemy-occupied France. Lance-Corporal Jones, whose catch-phrase is ‘Don‘t Panic‘, but who spends half his time panicking says to Mainwaring, just before they’re about to leave the train and make a run for it with their tunics tucked up underneath their shirts: ‘You’re our inspiration Sir. What would we do without you?‘.

To which Private Frazer replies ‘We wouldn’t be in this bloody awful mess to start with’!