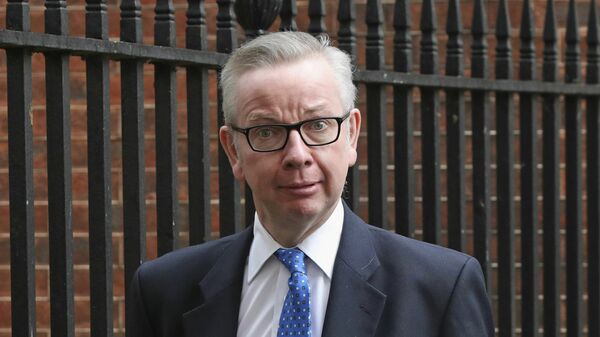 The British government has implemented a national lockdown in an attempt to curb the Coronavirus epidemic sweeping across the country. Restrictions on leaving the house for reasons other than exercise, essential shopping, and work have been introduced.

Cabinet minister Michael Gove issued an apology on Tuesday for wrongly claiming that children of separated and divorced couples would be unable to move children between homes, following an announcement by the Prime Minister that stringent coronavirus restrictions will be implemented.

“One of the things that is clear is that if it is the case that children are under the age of 18 need to move from one parent’s home to another parent’s home, that is allowed", he said.

“Within the context of all us seeking to reduce social contact, that is allowed. I was not clear earlier on that broadcast", he added.

Appearing on ITV’s Good Morning Britain (GMB) earlier in the day, the Chancellor of the Duchy of Lancaster said that children under 18-years, whose parents are separated, would have to remain in the household they are “currently in”.

​Gove also tweeted an apology on Twitter, but some netizens were less than willing to accept it.

​Other's even claimed that it was causing abuse.

Gove's apology comes after Boris Johnson told the public in a televised address to the country on Monday evening that leaving the home, with the exception of purchasing necessities, work, and solo exercise, would be be restricted.

The nationwide lockdown comes in an attempt to combat the spread of Coronavirus throughout the UK. Johnson's strong advice to avoid all unnecessary social interaction appeared to have fallen on deaf ears in some cases after images of people packed into trains and walking through busy London markets surfaced throughout the day.