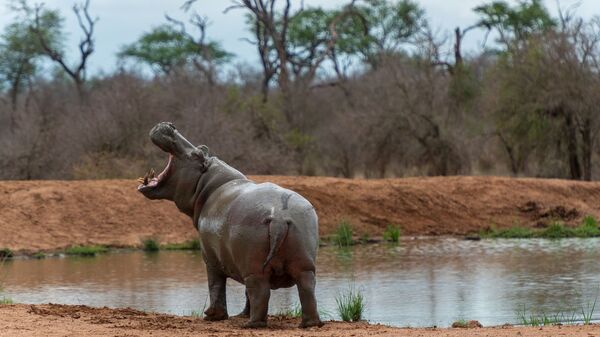 © Photo : Pixabay/karlins_u
Subscribe
International
India
Africa
Notorious drug kingpin Pablo Escobar, who was shot dead in late 1993, kept four hippos at his private menagerie at Hacienda Nápoles in Colombia. Left to roam free after his death, the animals have since grown in numbers, with scientists and locals branding them as pests that shouldn't be running wild.

After Escobar was tracked down and killed, most of the animals he kept in his private menagerie in Colombia were relocated to public zoos, but four of his pet hippos were allowed to stay at the abandoned estate due to their cited aggressive nature.

According to David Echeverri López, biologist with the Forests and Biodiversity Group of Cornare, there are from 80 to 100 hippos in the area, and both locals and scientists had come to perceive them as pests, as they made their way into Colombia's rivers.

Now, the research discovered that introductions back into the wild, as is the case with the hippos, can be instrumental in restoring important traits that had been lost for thousands of years.

The new study was based on worldwide analysis that compared ecological traits of “introduced herbivores”, such as Escobar's hippos, to those of the past.

The results showed that 64 per cent of introduced herbivores, like the aforementioned hippos, are more similar to extinct species than to local native species, rendering them invaluable to preservation efforts.

“While we found that some introduced herbivores are perfect ecological matches for extinct ones, in others cases the introduced species represents a mix of traits seen in extinct species,” said study co-author Dr John Rowan, of University of Massachusetts Amherst.

“For example, the feral hippos in South America are similar in diet and body size to extinct giant llamas, while a bizarre type of extinct mammal - a notoungulate - shares with hippos large size and semiaquatic habitats. So, while hippos don't perfectly replace any one extinct species, they restore parts of important ecologies across several species,” said Dr. Rowan.

The authors of the research hailed the broader biodiversity benefits of such reintroduced herbivores.

“We usually think of nature as defined by the short period of time for which we have recorded history, but this is already long after strong and pervasive human influences.”

Over 100,000 years human civilization has witnessed the extinction of several large mammal species, with efforts being made to reintroduce numerous species and achieve a “rewilding” of certain areas.

Previously, said the study’s lead author Erick Lundgren, a Ph.D. student at The University of Technology Sydney (UTS), Australia, there had been suggestions that introduced herbivores might help restore “lost ecological function”. However, no efforts were made to evaluate this in depth. 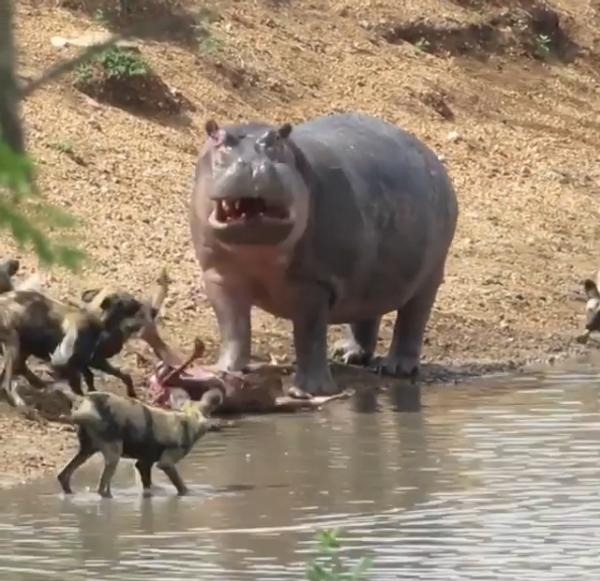 The team compared a number of key ecological traits of herbivore species from before the Late Pleistocene extinctions to the present day. The experts calculated body size, diet and habitat to compare species similar in the perceived effect they have on ecosystems, albeit they might not be necessarily closely related to each other.

According to the authors of the study, the results feed into broadening the perspective on the more evolutionarily relevant past and offers insights into how introduced species affect the world.