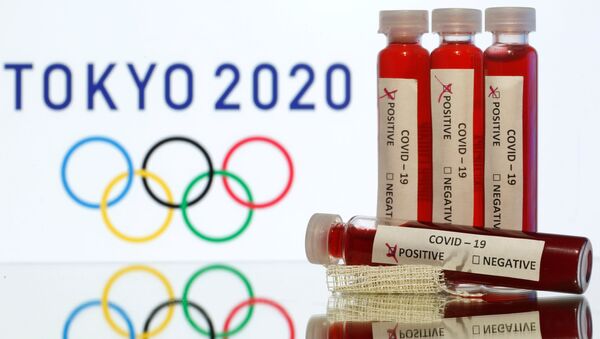 MOSCOW (Sputnik) - Canada will not be sending its athletes to the 2020 Tokyo Olympics over coronavirus fears and is calling for a one-year postponement of the Games, Team Canada said in a statement.

According to the release, it is not safe for athletes, their families and the broader community to continue training.

"The COC and CPC urgently call on the International Olympic Committee (IOC), and the International Paralympic Committee (IPC) and the World Health Organization (WHO) to postpone the Games for one year and we offer them our full support in helping navigate all the complexities that rescheduling the Games will bring. While we recognize the inherent complexities around a postponement, nothing is more important than the health and safety of our athletes and the world community", Team Canada said.

On 22 March, President of the International Olympic Committee (IOC) Thomas Bach announced that a final decision on the possible postponement of the 2020 Summer Olympics in Tokyo would be made in four weeks.

USA Track and Field (USATF), the governing body of the US athletics federation, requested the postponement of the 2020 Summer Olympics in Tokyo, which are scheduled to take place from 24 July to 9 August.

As of Sunday, Canada has registered at least 1,048 confirmed cases of COVID-19, according to the World Health Organisation.

At the same time, the Johns Hopkins University data shows that the number of infected people in Japan stands at 1,470, with the death toll currently at 21.