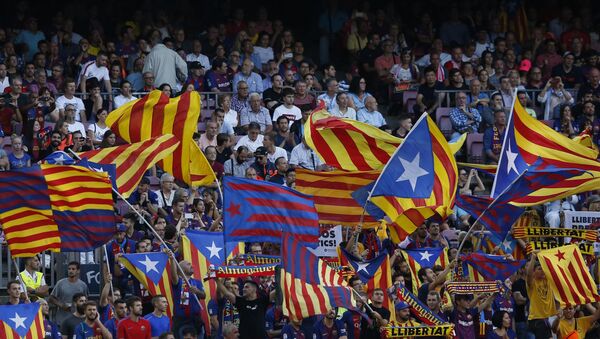 Barcelona is allegedly planning to sell striker Antoine Griezmann a year after it spent $125 million dollars on him, according to Spanish media, who say that the club is ready to part with the Frenchman for $92 million.

The 29-year-old Frenchman, who was part of the 2018 World Cup winning French squad, joined the Catalan giants from Atletico Madrid. This season he has netted 15 goals for Barca in La Liga, the domestic cup, and the UEFA Champions League, but it seems this figure is not enough for the famed club. Reports say European football titans Chelsea, Manchester United, Arsenal, and Paris Saint Germain are interesting in acquiring Griezmann. The latter is even allegedly considering a cash option plus an exchange for Neymar, who played for Barcelona from 2013-2017.

Rumours about Neymar’s return to Barca have been circulating in recent years. The Catalan club sold him to PSG for a whopping $237 million, which was the most expensive transfer in football history, however reports said that PSG's lack of success in the Champions League made the Brazilian regret his decision to move there.

Spanish media outlets say it is unclear if Neymar will return to Barca, but according to reports the club is willing to use money from Griezmann's sale to invest in other players. Rumours say the Catalan giants are interested in purchasing 22-year-old Inter Milan star Lautaro Martinez.

The money could be also used to deal with Barcelona’s financial problems caused by the global outbreak of coronavirus, which not only crashed the markets, but also resulted in the cancellation of all sporting events, hitting the coffers of all clubs. Only superstar Lionel Messi earns more (almost $600,000 per week) than Griezmann, with the Frenchman getting $340,000.

Sportsmail reported on 21 March that Barcelona is negotiating with players to temporarily cut their salaries for the club to stay afloat. Since the La Liga season has been suspended and members of the public urged to stay indoors clubs cannot earn from merchandise, ticket sales, and victories in competitions.