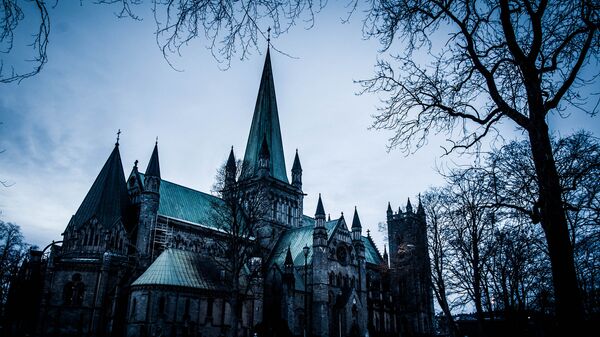 While national broadcaster NRK and local media described the accused as “local man in his 20s”, according to the news outlet Document, however, his name suggests an immigrant background from the Middle East or Africa.

One person has been charged in connection with arson at Dombås Church and an attempt to set Sel Church afire, Norwegian broadcaster NRK reported.

The man has acknowledged both crimes. According to the court, the arsons were meant as revenge for the Quran-burning that occurred in Norway, allegedly without the police responding. The man was also found mentally unstable, as the police cited a risk of recurrence, if released.

“As a reason for his actions, he explained that he was angry and vexed because a Norwegian man had set fire to the Quran, without the police having done anything about it”, Hedmarken district court wrote.

NRK and local media described the accused as “local man in his 20s”. According to the news outlet Document, however, his name suggests an immigrant background from the Middle East or Africa.

According to the man's lawyer Ove Herman Frang, the arrested has been extensively questioned and is cooperating with the police.

Dombås Church, built in 1939, was set afire the night of 20 February. The church suffered major internal damage in the blaze that made a strong impression on the local community. Concerns grew further when Sel Church also suffered attempted fire the night of 20 March, spurring the police to investigate the similarities between the two incidents.

This weekend, two people were arrested in Dombås. One was put into custody for four weeks, the other was released upon interrogation.

Bishop Solveig Fiske said the fires have been a huge burden for the local community.

“I am relieved now that the police must have taken away the suspected arsonist”, the bishop said.

In late 2019, Stop the Islamisation of Norway (SIAN), a Norwegian anti-Islamic organisation, set fire to the Quran during a demonstration that ended in a brawl. During the event supervised by over a dozen policemen, SIAN members slammed Islam as “fascist” and a religion of violence, even labelling Prophet Muhammad a “paedophile”.

​This event triggered strong reactions among Norway's Muslims and even stirred a ripple across the Muslim world.

Norway's Muslim community has soared over the past few decades and is now estimated to constitute 5.7 percent of the country's population of 5.2 million, accounting for well over 10 percent of the population in some municipalities.

Quran burnings are a go-to method of ethno-nationalist Danish Party Stram Kurs (“Hard line”), whose leader Rasmus Paludan celebrates it as a token of free speech.